What will VP Harris seek — and find — in Mexico?

First, there is the question of timing, as Harris seems to have chosen an odd moment to visit America’s southern neighbor.

On Sunday, June 6, Mexico will hold its largest and most polarized elections in years. The entire House of Representatives and nearly half of the country’s governorships are at stake, including those in four border states.

Both President Andrés Manuel López Obrador (AMLO, as he is known) and a united opposition have made this election a referendum on his controversial administration. He has constantly criticized the electoral authorities, who disqualified a slew of candidates from his party; Mexico’s election authorities have already warned him about crossing lines by publicly advocating for his party ahead of the vote. At this point, it is likely that there will be widespread complaints and lawsuits over the results. (Mexico’s electoral process is even more complicated than that in the US. It is convoluted, protracted and bedeviled by excess regulation, and appeal mechanisms will likely drag out for days, if not weeks.)
Given all that, this is perhaps not the most auspicious moment for Vice President Harris to come calling, especially since practically everyone will try to involve her in the multiple electoral controversies certain to arise. An ominous sign of this was the cancellation of her scheduled visit to the Mexican Senate next Tuesday, which Sen. Ricardo Monreal, leader of AMLO’s Morena party in the Mexican Senate, announced Thursday night.
The second question is about Harris’s agenda. As her staff has said, a range of issues, from economic development to climate change, will be up for discussion, with the broad aim of deepening bilateral ties. Harris also intends to meet with a range of stakeholders, including community leaders, workers, and entrepreneurs.

The stated policy itinerary sounds like a good start. But given the primacy of immigration in America’s dealings with these two countries, particularly at this moment, one must hope that Harris fully follows through in discussing the full range of issues during this trip.

Harris, along with President Joe Biden and many State Department and White House National Security Council officials, has rightly said that dealing with the migration issue in Mexico and Central America is not just about throwing money at governments in a region with corruption problems and weak rule of law. Encouragingly, the Biden administration has signaled it wants to engage with international organizations, non-profits, community leaders and more.

So several questions come to mind, mainly: In Mexico, will Harris really engage with such groups as promised — some of which are seeking meetings — or will the vice president end up sidelining them in order to placate the Mexican government?

To explain: President López Obrador has feuded with civil-society organizations, especially those involved in women’s rights or working against corruption and impunity, insinuating they are conservative or traitorous. It would be absurd for Harris to meet with such groups in Guatemala, for example, and not in Mexico. (Just as, for instance, it would be unwise of the Biden administration to cut funding for Mexican groups while increasing it for Central American ones.)

But unfortunately, Washington apparently needs Mexico’s cooperation in keeping Central Americans away from the US border — in other words, doing the United States’ dirty work. Harris could face implicit pressure to avoid ruffling AMLO’s feathers by meeting with non-profits, given his very public spats with that sector.

This brings us to migration. While it is not the only issue on her agenda, it looms large over US dealings in the region, and one wonders how extensively Harris will cover the full range of policy items on the table during this visit.

Among those other issues would be, as always, drugs and security, but also matters the Biden administration has brought up with other governments. These include climate change and renewable energy, human rights and democracy, the rule of law, macroeconomic policy and pandemic (mis)management, and even relations with Russia and China, not to mention Venezuela. In fact, many of these issues are linked and cannot be easily compartmentalized.

But immigration clearly occupies much of America’s interest, given the flow of migrants heading north and the domestic controversies the US has experienced over immigration in the past decade — including in the first year of Biden’s presidency.

One can see why it might dominate Harris’s meetings.

US border policies themselves are complicated enough to manage. For example, detaining the recent huge influx of unaccompanied Central American minors makes it inevitably more complicated for immigration agents to muster the manpower to deter single Mexican males from attempting to enter the US without papers. Resources can easily be spread thin. That’s why the Biden administration, like the Trump administration that preceded it, has sought agreements with Mexico and Central American countries to help stem the flow of those leaving.
For the US, immigration from Mexico is a complicated issue in itself — one that ties in with AMLO’s domestic policies. Here is one reason the number of apprehensions of Mexican nationals has grown so much since 2019: Emigration has increased from some areas, as poverty gives some Mexicans more reason to leave. AMLO’s macro-economic policies and the collapse of the Mexican economy in 2020 have attracted little attention from the US, allowing him to mismanage that economy unhindered. That, in turn, has stimulated migration.
Immigration also ties in with other border-control and security issues for the US. Dedicating troops and police to rounding up Honduran children and their mothers subtracts resources from other chores — namely drug enforcement, which perhaps explains the jump in fentanyl exports from Mexico, which in turn is responsible for the tragic rise of opioid overdose deaths in the United States: more than 90,000 in 2020.
Human rights, democracy and the rule of law are also fundamental challenges in the Northern Triangle (as Guatemala, Honduras, and El Salvador are known) that must be tackled in order to address the “root causes” of migration. And just as much so in Mexico. Human Rights Watch has warned about the increasing threats to human rights and democracy under López Obrador. His attempts to pressure the Supreme Court, the country’s independent agencies and the media are not dissimilar to what President Nayib Bukele is undertaking in El Salvador.

The answers to these questions — of whether Harris will meet with civil-society groups and raise a broader set of issues, beyond immigration, while in Mexico — should be “yes.”

The timing for Vice President Harris’ visit is unfortunate, but Harris should meet with many sectors in Mexico — mainly women’s groups, migrant defenders and anti-corruption activists — not just López Obrador and his officials, as her office has indicated she will.

Harris’s agenda should include the full gamut of bilateral issues if only to demonstrate that she and her boss take them seriously and are not willing to brush them aside for the sake of cooperation on migration. At least until Biden himself has time to sit down with López Obrador for a “come to Jesus moment” and a full review of American policy toward Mexico. 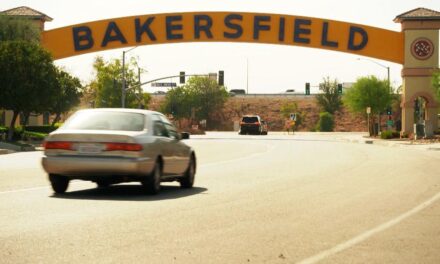 GOP voter on recall: If there’s not a change, we’re out of here 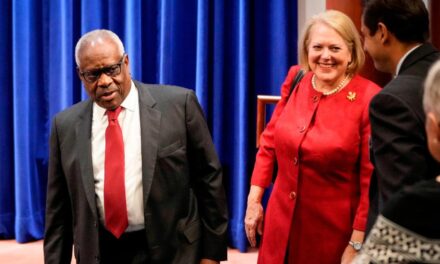 What do Ginni Thomas’ texts mean for Justice Thomas? At SCOTUS, it’s up to him 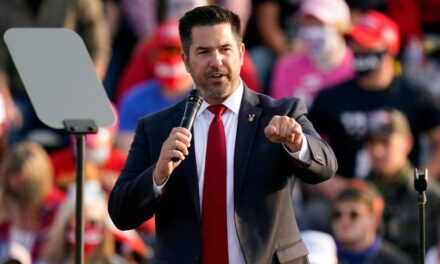