Tampa-area crane operator Paul Hodgkins on Wednesday admitted to obstructing the Electoral College vote on January 6, becoming the first defendant to plead guilty without substantially helping prosecutors with the larger, sprawling ongoing investigation. He had initially been charged in February.

The plea deal that Hodgkins’ attorney made with prosecutors, how it came together and what happens at Hodgkins’ sentencing may impact dozens of the more than 450 other Capitol riot defendants.

The charge Hodgkins has pleaded to carries a maximum 20 years in prison. His suggested sentence of more than a year may become a template for other rioters who have no criminal history and agree to plead guilty without going to trial.

“The cement has hardened,” Leduc said to CNN after the plea hearing. “It took [prosecutors] awhile for them to get a full measure of the man. The message is going to get sent to the other 449.”

Like Hodgkins, many of the other Capitol riot defendants began plea talks weeks ago, according to several reports from the Justice Department to judges. It’s expected that many will ultimately plead guilty to charges, as is typical in federal criminal proceedings.

The Justice Department and Hodgkins’ attorney began negotiating in March, answering questions, nailing down details, Leduc said. Reaching a final offer from prosecutors took a while, the defense lawyer added.

What’s offered in other Capitol rioters’ plea deals may be determined by how far each person went inside the building and what they did, Leduc said. “There’s the black, the white and the gray. I think Paul was the grayest of the gray. He went in and went out, but he went all the way into the floor of the Senate,” the defense attorney said.

Some defendants will clearly face tougher negotiations, especially if they fall into the groups of those charged with more serious counts of conspiracy or for carrying weapons, assaulting police or damaging property.

Others may get more leniency from the Justice Department than Hodgkins, if they didn’t enter more sensitive areas of the Capitol, Leduc said. For Hodgkins and his 15 minutes in the Senate chamber, “it’s all on CCTV,” Leduc said.

Hodgkins was never accused of being violent.

Dozens of the riot defendants are charged with obstructing an official proceeding at this time, like Hodgkins.

(A handful of the defendants will likely fall into a special group of plea deals, becoming cooperators who can win prosecutors’ leniency based on the help they provide. The Justice Department has secured the guilty plea of one cooperator so far who has ties to the extremist group the Oath Keepers. That defendant has no sentencing date set at this time.)

Hodgkins, in his plea, agreed to pay $2,000 in restitution to the US Treasury Department because of the extensive damage to the Capitol from the riot. Though he isn’t accused of damaging any part of the Capitol himself, the insurrection caused nearly $1.5 million in damages, prosecutors said on Wednesday.

Hodgkins was carried away with the enthusiasm of the crowd of Trump supporters, his lawyer says.

Now, 15 to 21 months in prison is a likely consequence he faces, according to sentencing calculations. His attorney plans to argue for probation instead.

The sentence he ultimately gets may be a pivotal moment in the Capitol riot cases.

Judge Randolph Moss of the DC District Court has set the hearing for mid-July, making Hodgkins potentially the first Capitol riot defendant to be sentenced. Moss’ decision that day would likely have a major impact on how other Capitol riot defendants gauge the charges they face, and could also guide other judges who will be sentencing rioters.

As for questions about whether Trump supporters continue to want to overthrow the presidency, Leduc emphasized that his client is ashamed and has repented. According to his plea deal, Hodgkins can earn leniency from the Justice Department for accepting responsibility for his crime.

“January 6 may go down as the greatest thing that ever happened to him. On January 6, he didn’t know Jesus. He’s getting to know him now,” Leduc said.

Joe Biden is ahead. Democrats are still stressed 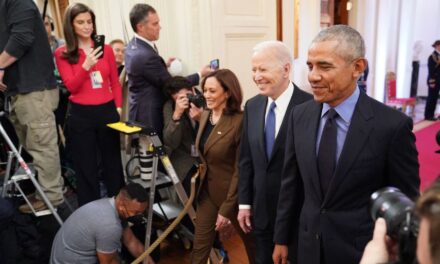 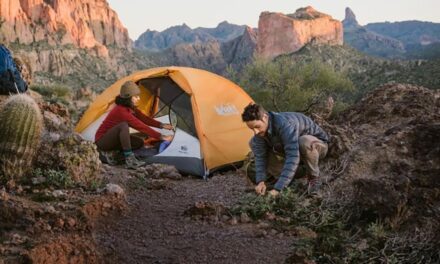