Still, Trump’s lead in Texas was the narrowest for a Republican presidential candidate in years. In 2012, Mitt Romney won the state by 16 points. In 2016, Trump won by 9 points.

And with only a few days left in the session, lawmakers are still trying to push an election overhaul with new voting restrictions and legislation that would ban the teaching of critical race theory, among other agenda items.

The state is changing demographically and is set to gain two congressional seats in the upcoming redistricting process, due to the state’s rapid population growth over the past decade. While some Republicans are on edge about the future of the party, many of its state leaders see the GOP’s success in Texas last cycle as a mandate to continue moving to the right.

Republicans also tout the gains that Trump made in the typically Democratic stronghold of South Texas, flipping several counties that voted for Clinton in 2016 and making massive inroads in others. Of the 17 counties that Clinton won in 2016, Trump took back seven of them. In Starr County, along the southern border, for example, Trump had lost to Clinton by 60 percentage points. But in 2020, he lost to Joe Biden by only 5 percentage points in the same county.

“For every Karen we lost in the suburbs, we gained a Julio,” said one GOP operative in the state.

‘I don’t want to be roadkill’

Lt. Col. Allen West walked across the street of an affluent neighborhood in a Dallas suburb, followed by a throng of supporters who gathered at a fundraiser to meet the former congressman who’s now chairman of the Texas Republican Party.

He came outside for an interview — CNN had been initially invited to the event but was escorted off the property upon arrival — as dozens of donors surrounded him. He was there to speak to The Southlake Families PAC, a group that funded school board candidates who opposed teaching critical race theory in a local election that gained national attention.

West, who helped spearhead the GOP agenda for the legislative session, pushed back at critics who think the Legislature is shifting too far to the right. He pointed to the droves of people moving to Texas from traditionally blue states like California, New York and New Jersey as examples of the party’s success in policy.

As for concerns that the agenda might push away middle-of-the-road voters, West used an old political trope.

“You know what my dad taught me?” he said. “I grew up in Georgia. He said the only thing in the middle of the road is roadkill, and I don’t want to be roadkill.”

It’s a sentiment underwritten by Trump’s still influential and unabashed style. Many of the state’s leaders, who are up for reelection next year, are keenly aware of the power he continues to hold over the party, especially with potential endorsements.

Attorney General Ken Paxton, who could soon be facing a primary challenge from Texas Land Commissioner George P. Bush, is among the former President’s biggest allies. He helped lead a lawsuit alleging election fraud in four states that was ultimately rejected by the Supreme Court.

Trump said in a statement that he’ll be making an endorsement in the primary race, which Bush is expected to join next week. Even Bush, whose family, critical of the former President, has been routinely maligned by Trump in recent years, has shown support for him.

“I like them both very much,” Trump said in the statement Tuesday. “I’ll be making my endorsement and recommendation to the great people of Texas in the not-so-distant future.”

Trump’s baseless claims that the election was stolen still loom large nationwide and here in Texas. For his part, West attended a “Stop the Steal” rally in Dallas after the election and refuses to acknowledge that Joe Biden got more votes than Trump.

When asked three times about the election results in November, West responded with the same carefully crafted answer: “I believe that there were unconstitutional actions that led to nefarious things that happened in five battleground states.”

‘It’s a really weird place to be in’

Democratic state Rep. Donna Howard has been representing the Austin area in the Texas Legislature since 2006. She fought hard this year against the abortion bill, and she joined fellow Democrats onstage late Tuesday night to celebrate one of the few victories her party had this year: running out the clock on a bill that would prevent transgender students from playing on sports teams that aligned with their gender identities.

“We’ve just swung totally to the right,” she said, standing outside her office underneath the state Capitol and reflecting on the past few months of the legislative session. “It’s been like steamrolling of all these red meat wedge issues and not focused on what we came in here to deal with.”

Howard acknowledged Texas is still a red state but was among those who had expected Democrats to do better here in the 2020 election, especially after they performed well in the state in 2018 and Beto O’Rourke came close to defeating incumbent GOP Sen. Ted Cruz.

Like many Democrats, Howard argued that her party suffered in 2020 from adhering to social distancing guidelines and not doing the kind of in-person door knocking and grassroots politicking that can be so effective. They’re already focused on trying to regain momentum for the 2022 midterm elections.

“The blue wave is growing,” she said. “But I don’t know when it’s actually going to get here.”

That’s in large part because primaries are king in Texas. Very few state lawmakers have competitive general elections, so courting the base is still the main objective for most politicians.

“There’s no real political incentive for those in the state House or in the state Senate, who are Republicans, to do anything but appeal to the base,” said Brendan Steinhauser, a veteran GOP strategist in the state.

“They’re not having to necessarily wage a competitive general election campaign, and so until that changes — and we are seeing trends that that’s going to happen — I think you’ll continue to see this out of our state Legislature,” he added.

Steinhauser ran the campaign for Michael Wood, an anti-Trump Republican who competed and lost in this month’s special election to replace Republican Rep. Ron Wright of Arlington. Wright died from Covid-19 in February, and Trump endorsed his widow, Susan Wright, who has advanced to a runoff this summer for the final election.

While many Republicans, like Allen West, think that Trump steered the party in the right direction, some conservatives, like Steinhauser, are concerned that as the electorate in Texas becomes younger and more diverse, Republicans will have problems.

For Steinhauser, that fear of a blue wave down the road is very real.

“We find ourselves having been very successful in the last cycle, but also kind of worried about the long-term future of the party, worried about demographic changes,” he said. “It’s a really weird place to be in.”

Trump’s DOJ, Apple and Democratic lawmakers: What to know about the leak investigation 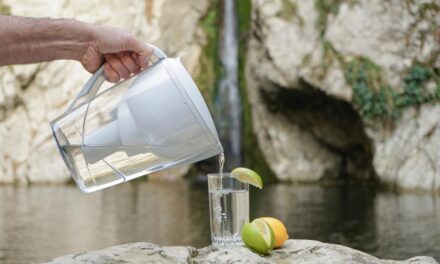 We tested white noise machines for two months. Sleep like a baby with these two 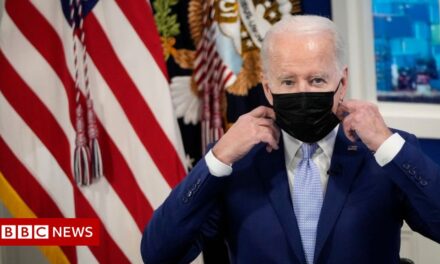