W. Kamau Bell: What it really means to support our troops

As I thanked them for that service, I also asked them about a common phrase you hear in relation to the military: What’s the best way to support our troops? Regularly, the veterans told me that support isn’t about rote declarations of gratitude or blindly pledging allegiance. It’s about protecting our troops when they can’t protect themselves.

That may sound ridiculous when we are talking about people who are trained to protect us, but it isn’t. While we have been brought up to think that nothing is more patriotic than serving our country, we are increasingly learning that our country often doesn’t do a good job of serving our troops and veterans back. In fact, it seems the US military is set up to ensure that our country’s lowest level, frontline protectors are also among our country’s most vulnerable.

Part of that is because of our legal system, and what is commonly known as the Feres Doctrine. The result of a 1950 Supreme Court case called Feres v. United States, the Feres Doctrine states that the United States is not liable for any injury or harm that happens to an active-duty member of the armed forces. This is generally even true, with some exceptions, if the harm comes from the military’s negligence or even from an outright assault.

“If you get injured in combat, you know there’s a VA system to take care of those injuries,” says retired Col. Don Christensen, the president of Protect Our Defenders, a human rights organization working to end sexual violence, sexual prejudice and racism in the military. “But when you’re injured from negligence, or you’re injured from intentional misconduct — like being raped by your commander — that you can’t sue your commander, it’s insane.”
The military does have its own judicial system, but advocates such as Christensen and Dwight Stirling, a National Guard reserve JAG officer and founder of the Center for Law and Military Policy, argue that servicemembers who’ve survived sexual assault should be able to make their case in court. Stirling put it this way: “If you’re a prisoner and you’re assaulted by a colleague or by a prison guard, you get to go to court and make your case. Whereas if you serve our country in uniform you don’t. So we give more rights to those who have engaged in crime then we give to those who protect us in our beds at night.”

And then Stirling dropped the rhetorical bomb: “It’s a matter of discrimination.”

That’s right. Discrimination is not just about race. By definition it is the denial of rights to one group that are provided to others. And while the military is made up of Black, White, Latinx, Asian, Indigenous, straight, LGBTQ+, people of all genders from all walks of life, this diverse group does not share the same rights the rest of us do. That means the only recourse our troops have to fight discrimination is those of us who aren’t in the military.

This is doubly true when you understand how challenging it can be to be considered “a good soldier” while also holding those in charge accountable. I was lucky enough to speak about this with Dana Pittard and Mary Tobin, both West Point graduates and combat vets. Tobin is an AmeriCorps senior adviser for the Wounded Warrior project, while Pittard retired in 2015 as one of only a handful of Black two-star generals. He served as a deputy commanding general in Iraq, and he was so trusted during the Clinton administration he was charged with carrying the nuclear football. (Yay?)

But even with all those accomplishments, the military never seemed to let these two forget one thing: They’re Black. “African Americans have served our country, every war we’ve had,” Pittard said. “But America hasn’t always served us.” He talked about how there are a number of different things on West Point’s campus named after Confederate General and American traitor Robert E. Lee, while sharing a painful story from his time at the military academy.

“I went into two of my classmates’ room. I thought I heard something, but (also thought I) couldn’t have heard that. Well, one of them ran out of the room and said, ‘Dana, I’m sorry for calling you the n-word.’ You know, we have worked together as freshmen and plebs. We are two months from graduation. And you still, all you see me as, is a n***er?”

Pittard, Tobin and others talked about how hard they felt it is to speak up for yourself when things like that (and worse) happen, because so much of the military is based on being strong and tough. And it is also baked into the military cake that the system is a meritocracy. These two beliefs can invite soldiers to ignore slights, insults, racism, sexism, homophobia, transphobia and assaults, thinking it’s all part of being “a good soldier” who will get promoted.

But it isn’t true. The military is not a meritocracy. Just look at the numbers.

Over 80% of active duty members identify as male, and the higher you go in leadership the Whiter and more male the military becomes. It’s yet another time America wants us to believe that the best person for the job happens to be a White guy. (For more on this, look at pictures of presidents.) While many of us have been trained to think that people in the military are operating at a higher standard, the reality is that they’re dealing with the same issues of rights, representation and justice as the rest of us. And with the Feres Doctrine and the internal pressure to be “a good soldier,” it’s harder for the enlisted to stand up to those problems.
I talked with Navy veteran T. J. Seguine about this. When Seguine was in the Navy, it was the era of “Don’t Ask, Don’t Tell,” which meant Seguine couldn’t be open about being a lesbian. And while the policy seemed progressive in the Clinton era, it just made servicepeople have to hide and feel like they were living a lie — none of which, by the way, creates “good soldiers.”
And with Seguine there was more than just one “lie” being lived. As Seguine shared with me, “I used to pray to God at night to wake up and be a boy.” Seguine eventually left the military and transitioned, and now works for the Navy as a civilian comptroller. And although in the post-“Don’t Ask, Don’t Tell” years the military has become more open to trans enlistees, sadly there is still controversy around that in more conservative corners. That controversy was stoked during President Donald Trump’s era when he instituted a ban on transgender service members in the military. Fortunately, one of President Joe Biden’s first acts in office was to overturn Trump’s transgender military ban. This is a time where military leadership has truly stood up for what is right.

From what I’ve seen, some military leadership have done a much worse job of responsibly dealing with sexual assault and rape. I talked to Alex La Bruyere and Richard Fernandez, two Navy veterans who are also sexual assault survivors. Fernandez talked about his PTSD from being “boots on the ground in Iraq” and his struggle to deal with his trauma after he was sexually assaulted. He talked about how the military pressure to be a good soldier kept him from seeking help. “I kept it hidden because of my rank. What would it sound like for someone in my level to say, you know, I was also a survivor?”

La Bruyere was more direct. “I didn’t report it because I was scared of the payback, of the retribution,” she told me. “I was terrified.” She was right to be scared. The numbers show that women in service are 12 times more likely to receive some form of retaliation than to see their assailant convicted.
And while one might think that because post-traumatic stress disorder is so prevalent among its ranks that the military would be experts in dealing with it, many veterans told me they feel like they can’t ask for help while they are in the service. And they feel abandoned once they get out.

“I have horrible nightmares. Like every night,” Navy veteran River Rainbow Hagg said. “I wake up in the morning and I can be really (messed) up. ….The moral bruising is knowing that I witnessed civilians being killed.”

Hagg has a story you have to see to believe. He tells it, in brief, in the episode. And you can see his two-part documentary about his life, “The Volunteers,” on YouTube.

As combat veteran Brittany DeBarros told me, too often the words “thank you for your service” are just words. The last story I covered for the episode may be the biggest and most visible example of that. I went to the US-Mexico border and met with some truly incredible people, some of whom I was able to meet only over FaceTime because they weren’t allowed into the United States. These were veterans who had been deported.

I learned a lot in these conversations, including that you can enlist in the United States military even if you are not a citizen. You can serve and be honorably discharged. You can then commit a crime, be convicted, and serve your time. And then you can be deported to the country you were born in, even if you spent nearly your entire life in the United States. What kind of “thank you for your service” is that?

And before anyone gets all, “BUT THEY WERE CRIMINALS!!!” Yes, they committed crimes, but they served their time. Robert Vivar, who runs the Unified United States Deported Veterans Resource Center, introduced me to Alex Murillo, a Navy vet and DREAMer who was born in Mexico but grew up in Phoenix. Murillo told me he was charged with a non-violent cannabis offense in 2009 and served 37 months federal time.

“I fully expected to go home,” he said. “You know, my family, my kids are waiting for me back home.” But when he thought he was about to be released, the judge surprised him. “The judge said, ‘Mr. Murillo, I’m gonna go on record and say your service to your country’s to be commended. Thank you for your service. I’m gonna have to deport you.'”

Murillo’s story, along with those of the other veterans I met while making this episode, is why we can’t let the phrase “support our troops” become synonymous with “ignore the military’s injustices and mistakes.” Instead of just saying, “thank YOU for fighting,” we should get our own hands dirty, raise our voices and not stop until the battle is won.

We have to educate ourselves, get involved, and say no. No to wars that destroy innocent lives, no to the confederacy in every way, no to the Feres Doctrine, no to military sexual assault, no to homeless vets, no to discrimination, injustice and hate in the ranks. And for God’s sake, no to deporting those who serve for our freedom. Let’s bring them all home.

That is supporting our troops. 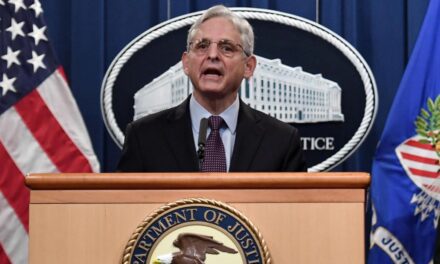 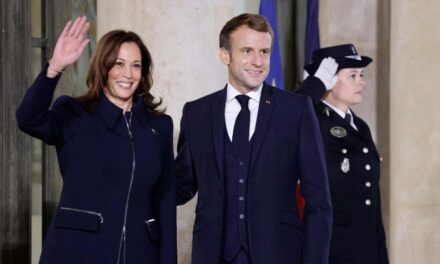 Kamala Harris is a hit in Paris 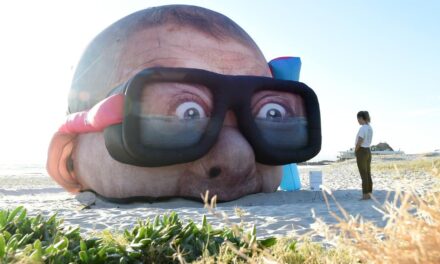 The week in 40 photos 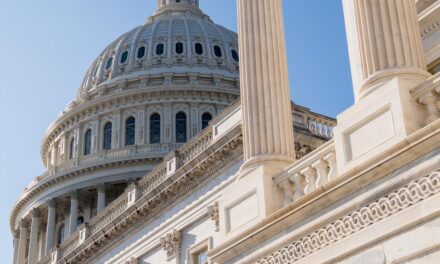