A House committee voted on Wednesday to recommend for the first time the creation of a commission to consider providing Black Americans with reparations for slavery in the United States and a “national apology” for centuries of discrimination.

The vote by the House Judiciary Committee was a major milestone for proponents of reparations, who have labored for decades to build mainstream support for redressing the lingering effects of slavery. Democrats on the panel advanced the legislation establishing the commission over Republican objections, 25 to 17.

The bill — labeled H.R. 40 after the unfulfilled Civil War-era promise to give former slaves “40 acres and a mule” — still faces steep odds of becoming law. With opposition from some Democrats and unified Republicans, who argue that Black Americans do not need a government handout for long-ago crimes, neither chamber of Congress has committed to a floor vote.

But as the country grapples anew with systemic racism laid bare by the coronavirus pandemic and the death of George Floyd and other Black men in confrontations with the police, the measure has drawn support from the nation’s most powerful Democrats, including President Biden, Speaker Nancy Pelosi and Senator Chuck Schumer, the majority leader. Polling suggests that public support is growing, too, though it remains far from widespread.

“We’re asking for people to understand the pain, the violence, the brutality, the chattel-ness of what we went through,” Representative Sheila Jackson Lee, Democrat of Texas, said during a committee debate late Wednesday. “And of course, we’re asking for harmony, reconciliation, reason to come together as Americans.”

The renewed interest in reparations comes as Mr. Biden has positioned addressing racial inequities at the center of his domestic policy agenda, proposing billions of dollars in investments in Black farmers, business owners, neighborhoods, students and the poor. The White House has said Mr. Biden’s $4 trillion jobs agenda is intended, in part, to “tackle systemic racism and rebuild our economy and our social safety net so that every person in America can reach their full potential.”

The question of reparations to former slaves and their descendants has vexed and divided policymakers for generations, caught up in larger questions about the legacy of racism in America and white denial of the crippling effects of the slave economy. It presents thorny practical questions as well, like who should benefit, what form reparations might take and how to pay for them.

William T. Sherman, the Union general, made the first widespread attempt in 1865 with a special battlefield order to seize 400,000 acres of costal land and award it in parcels to former slaves. But after President Abraham Lincoln died later that year, his successor, Andrew Johnson, quickly rescinded it. No subsequent plan has come close to enactment.

Black representatives in Congress began rekindling the issue three decades ago when they first proposed a commission to explore it. The bill before the Judiciary Committee on Wednesday would establish a body to study the effects of slavery and the decades of economic and social discrimination that followed, often with government involvement, and propose possible ways to address the yawning gap in wealth and opportunity between Black and white Americans. It would also consider a “national apology” for the harm caused by slavery.

Proponents of reparations from the federal government differ on what form, precisely, they should take. Some favor direct cash payments of varying sizes, others no-interest loans for prospective Black homeowners and free college tuition.

Evanston, Ill., a suburb of Chicago, pledged $10 million this year in reparations in the form of housing grants to Black residents who can prove they or their ancestors were victims of redlining or other housing discrimination. But any national program would be much larger, with costs projected to range from the billions to trillions of dollars.

Though his administration does not use the reparations label, Mr. Biden has embraced versions of many of those proposals in his far-reaching attempts to combat the coronavirus pandemic and restart the sputtering American economy.

Mr. Biden’s coronavirus stimulus law, the American Rescue Plan, for example, invested tens of billions of dollars in food assistance programs, direct payments to Americans and monthly support for children — programs that applied regardless of race, but would provide significant aid to Black Americans. It also earmarked $5 billion in aid and debt relief to help Black farmers mitigate years of discriminatory agricultural subsidy and lending policies.

“We understand that we don’t need a study to take action right now on systemic racism,” Jen Psaki, the White House press secretary, said in February. “So he wants to take actions within his own government in the meantime.”

Mr. Biden’s jobs and infrastructure proposals, now at the top of Congress’s agenda, would go further, earmarking hundreds of billions of dollars for Black, brown and other “underserved communities” for job training, school investments, mortgage support, business loans, replacing lead pipes and cleaning up toxic waste. One proposed provision pledges $20 billion to reconnect neighborhoods, many of them historically Black, destroyed by interstate highways; another would set aside $20 billion for improving research capabilities at historically Black colleges and universities.

Republicans have dismissed many of the programs as unnecessary, unpopular or too expensive, and appear to be lining up to oppose the plans outright in Congress unless Democrats agree to scale them back significantly.

Even if they do become law, though, academics who have shaped the debate over reparations insist Mr. Biden’s plans are not a substitute. William A. Darity Jr., a professor of public policy at Duke University who has written a book on reparations, said such proposals “are kind of shadow boxing at the issue.”

“If this is about the full ramifications on Black wealth, about the destruction of entire businesses or neighborhoods, or the deprivation and loss of land, then we are talking about numbers that are far beyond the reach of what are relatively small programmatic initiatives,” Mr. Darity said.

Mr. Darity’s vision of reparations primarily focuses on closing the wealth gap between African-Americans and white people, something that he estimates would take $10 trillion or more in government funds, an enormous figure that alienates lawmakers in both parties.

Roy L. Brooks, a law professor at the University of San Diego who has also written on the issue, argued that the purpose of reparations should be viewed neither as primarily monetary nor as something that could be dealt with in the course of normal policymaking.

“You miss an opportunity to really bring home to the American people the enormity of the atrocity that was visited upon African-Americans for 250 years of slavery and then another 100 years of Jim Crow,” he said.

Opponents argue that the wrongs of slavery are simply too far past and too diffuse to be practically addressed now. They question why taxpayers, many of whom came to the United States long after slavery ended, should foot a potentially large bill for payments to Black Americans — and whether such payments would be a benefit at all.

“Reparation is divisive. It speaks to the fact that we are a hapless, hopeless race that never did anything but wait for white people to show up and help us — and it’s a falsehood,” Representative Burgess Owens, Republican of Utah and a descendant of slaves, said during the debate on Wednesday. “It’s demeaning to my parents’ generation.”

Mr. Owens has compared the idea of reparations to a “redistribution of wealth or socialism,” arguing that what Black Americans need is for government to get out of the way as they sought to pull themselves up like generations before them.

Some Democrats share those views, and others are skittish about embracing a bill they fear Republicans would weaponize against them by portraying it as a radical effort to use government to enforce a politically correct agenda.

Biden Wants New Ban On Assault-Style Weapons. What Lessons Were Learned From The ’90s? : NPR 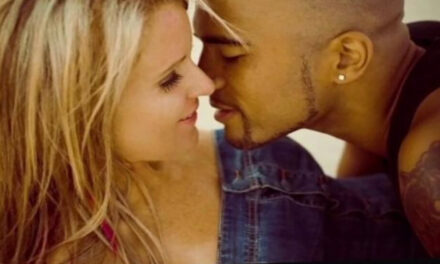 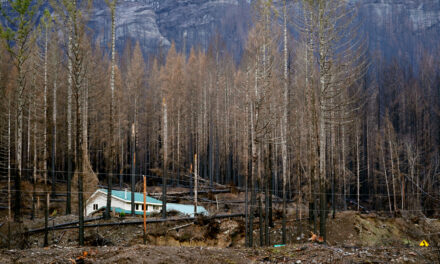 Oregon Has A New Plan To Protect Homes From Wildfire. Homebuilders Are Pushing Back