Amazon workers at a giant warehouse in Alabama voted decisively against forming a union on Friday, squashing the most significant labor drive in the internet giant’s history and dealing a crushing blow to organizers, Democrats and their allies when conditions have appeared ripe for unions to make advances.

Workers cast 1,798 votes against a union, giving Amazon enough to emphatically defeat the effort. Ballots in favor of a union trailed at 738, fewer than 30 percent of the votes tallied, according to federal officials.

The lopsided outcome at the 6,000-person warehouse in Bessemer, Ala., came even as the pandemic’s effect on the economy and the election of a pro-labor president had made the country more aware of the plight of essential workers.

Amazon, which has repeatedly quashed labor activism, had appeared vulnerable as it faced increasing scrutiny in Washington and around the world for its market power and influence. President Biden signaled support for the union effort, as did Senator Bernie Sanders, the Vermont independent. The pandemic, which drove millions of people to shop online, also raised questions about Amazon’s ability to keep those employees safe.

But in an aggressive campaign, the company argued that its workers had access to rewarding jobs without needing to involve a union. The victory leaves Amazon free to handle employees on its own terms as it has gone on a hiring spree and expanded its work force to more than 1.3 million people.

Margaret O’Mara, a professor at the University of Washington who researches the history of technology companies, said Amazon’s message that it offered good jobs with good wages had prevailed over the criticisms by the union and its supporters. The outcome, she said, “reads as a vindication.”

She added that while it was just one warehouse, the election had garnered so much attention that it had become a “bellwether.” Amazon’s victory was likely to cause organized labor to think, “Maybe this isn’t worth trying in other places,” Ms. O’Mara said.

The Retail, Wholesale and Department Store Union, which led the drive, blamed its defeat on what it said were Amazon’s anti-union tactics before and during the voting, which was conducted from early February through the end of last month. The union said it would challenge the result and ask federal labor officials to investigate Amazon for creating an “atmosphere of confusion, coercion and/or fear of reprisals.”

“Our system is broken,” said Stuart Appelbaum, the union’s president. “Amazon took full advantage of that.”

Amazon said in a statement, “The union will say that Amazon won this election because we intimidated employees, but that’s not true.” It added, “Amazon didn’t win — our employees made the choice to vote against joining a union.”

About half of the 5,876 eligible voters at the warehouse cast ballots in the election. A majority of votes, or 1,521, was needed to win. About 500 ballots were contested, largely by Amazon, the union said. Those ballots were not counted. If a union had been voted through, it would have been the first for Amazon workers in the United States.

William and Lavonette Stokes, who started work at the Bessemer warehouse in July, said the union had failed to convince them how it could improve their working conditions. Amazon already provides good benefits, relatively high pay that starts at $15 an hour and opportunities to advance, said the couple, who have five children.

“Amazon is the only job I know where they pay your health insurance from Day 1,” Ms. Stokes, 52, said. She added that she had been turned off by how organizers tried to cast the union drive as an extension of the Black Lives Matter movement because most of the workers are Black.

“This was not an African-American issue,’’ said Ms. Stokes, who is Black. “I feel you can work there comfortably without being harassed.”

In a news conference organized by Amazon on Friday, Mr. Stokes and other workers said they had concerns that they wanted the company to address, like better training and anti-bias coaching for managers.

“We just feel like we can do it without the union,” he said. “Why pay the union to do what we can do ourselves?”

Pro-union Amazon workers said they were dispirited by the outcome. “Of course we’re going to be disappointed and angry about the way this election turned out,’’ Emmet Ashford, a worker in the Bessemer warehouse, said at a news conference organized by the union.

He and other workers said they hoped the election result would be overturned because of Amazon’s anti-union tactics and added that they were proud of inspiring workers at other warehouses to consider unionizing.

“Our time will come around again,’’ Mr. Ashford said.

The vote could lead to a rethinking of strategy inside the labor movement.

For years, union organizers have tried to leverage growing concerns about low-wage workers to break into Amazon. The Retail, Wholesale and Department Store Union had organized around critical themes of supporting Black essential workers in the pandemic. The union estimated that 85 percent of the workers at the Bessemer warehouse were Black.

The inability to organize the warehouse also follows decades of unsuccessful and costly attempts to form unions at Walmart, the only American company that employs more people than Amazon. The repeated failures at two huge companies may push labor organizers to focus more on backing national policies, such as a higher federal minimum wage, than unionizing individual workplaces.

Democrats in Washington, who put their full weight behind the union effort, said the loss showed that they needed to push for changes to labor and antitrust laws. The House of Representatives passed an expansion of worker protections this year, but it is unlikely to be approved in the Senate.

The Amazon warehouse, on the outskirts of Birmingham, opened a year ago, just as the pandemic took hold. It was part of a major expansion at the company that accelerated during the pandemic. Last year, Amazon grew by more than 400,000 employees in the United States, where it now has almost a million workers. Warehouse workers typically assemble and box up orders of items for customers.

The unionization effort came together quickly, especially for one aimed at such a large target. A small group of workers at the building in Bessemer approached the local branch of the retail workers’ union last summer. They were frustrated with how Amazon constantly monitored every second of their workday through technology, and they felt that their managers were not willing to listen to their complaints.

Organizers appeared to have strong support early on, getting at least 2,000 workers to sign cards saying they wanted an election, enough for the National Labor Relations Board, which conducts union elections, to approve a vote.

Some labor experts said the erosion of that early support showed the power that employers have in campaigning against unions by holding mandatory meetings and talking to employees during work hours about the downside of organizing. Others said the union’s failure reflected problems with its organizing tactics, which included gaining the support of national politicians and celebrities.

The election was conducted by mail, a concession to the pandemic. Instead of holding an election over just a few days, workers had more than a month to complete and mail in their ballots, which were due on March 29.

Amazon’s public campaign focused on what the company already provided in benefits and the $15 minimum wage, which is twice the Alabama minimum. Internally it stressed that workers did not need to pay for union membership to have a great job. The company’s slogan — “Do it without dues” — was pushed to workers in text messages, mandatory meetings and signs in bathroom stalls.

Ms. O’Mara said the very complaints that the union had surfaced about job stability and security made organizing workers harder. That’s because the transience of warehousing jobs “works against building solidarity and a willingness to invest in that employer and that job,” she said.

Many labor leaders have said unionizing Amazon was critical to reversing the long-term decline in union membership, which has fallen to just over 6 percent of the private sector from the upper teens in the early 1980s.

They argued that Amazon had power over millions of workers across the industries in which it operated. The company’s dominance, they said, forced competitors to adopt its labor practices, which put a priority on efficiency.

“Amazon is transforming industries one after another,” Mr. Appelbaum, the president of the retail workers union, said in a 2019 interview. “Amazon’s vision of the world is not the vision we want or can tolerate.” He has frequently referred to the effort to unionize Amazon as a fight over “the future of work.”

Some union leaders said the campaign in Bessemer would advance labor’s goals even if it ended in a loss.

The election generated “a ton of coverage and discussion, and people all over this country are hearing that unions are the solution,” said Sara Nelson, the president of the Association of Flight Attendants. “We’ve been able to have a real discussion about what the union actually does.” 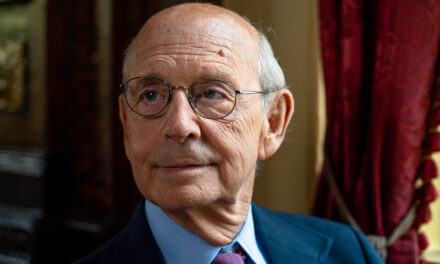 Progressives Want Justice Stephen Breyer To Retire. His Response? Not Yet

Another Covid-19 surge is avoidable, top health officials say. Here’s what could fuel or curb another spike 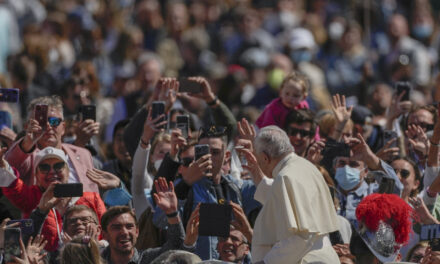 The pope makes an Easter plea for peace in Ukraine, citing a nuclear risk 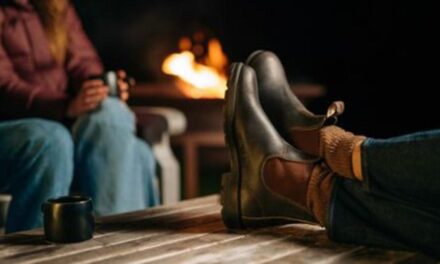 We tested 10 top-rated robot vacuums: Here are the 4 worth your money