Yet at a time when many of her Republican counterparts around the country are racing to pass stringent new restrictions on voting — fueled in part by Mr. Trump’s falsehoods about the 2020 election — Ms. Decker’s first major bill swerved.

It aimed to make it easier for people to vote in the state.

Kentucky on Wednesday became the only state in the country with a Republican-controlled legislature to expand voting rights after a bitter presidential election that tested the country’s democratic institutions and elevated ballot access as an animating issue for both parties.

In a signing ceremony on Wednesday, Gov. Andy Beshear, a Democrat, hailed the bill as a bipartisan effort that cut against the push in other Republican legislatures to put up barriers to voting.

“When much of the country has put in more restrictive laws, Kentucky legislators, Kentucky leaders were able to come together to stand up for democracy and to expand the opportunity for people to vote,” Mr. Beshear said.

The law in Kentucky establishes three days of early voting in the state; introduces voting centers that would allow for more in-person balloting options; creates an online portal to register and request ballots; and allows voters to fix problems with absentee ballots, a process known as curing.

The reasons that Kentucky Republicans have diverged on voting rights range from the political to the logistical. For one, they had an easier sell: With sweeping new rules allowing the election to be held safely during the coronavirus pandemic, Republicans in Kentucky had one of their best cycles in years, with both Senator Mitch McConnell and Mr. Trump easily winning in the state.

And expanding voting access in Kentucky was a low bar to clear; the state had some of the tightest voting laws in the country before 2020, with not a single day of early voting, and strict limits on absentee balloting.

The push in Kentucky and other states — including the Democratic-controlled Virginia, Connecticut, Delaware, Hawaii and Massachusetts — reflects an odd outcome of the pandemic: The most challenging election in nearly a century brought about expansive changes across the country to ease access to the ballot box.

“We did things a little bit differently because of Covid, and I just thought that some of that might help us going forward,” Ms. Decker said in an interview. “And election reform should not be partisan. Partisan majorities can change at any time.”

Republicans and Democrats alike in Kentucky have overwhelmingly supported and celebrated the bill, heralding it as a welcome bipartisan achievement. But voting rights advocates have been more muted, pointing to the legislation’s relatively limited scope and its mixture of measures, like the introduction of a short early voting period, as well as new restrictions heralded under the banner of election security. They caution that the proposal represents a modest improvement in a state long hostile to voting rights — a fact even conservatives have acknowledged.

“Kentucky actually had probably, until this point, the most restrictive laws in the country on voting,” said Michael Adams, the Republican secretary of state, who was the leading force behind the bill. “And that’s what we’re trying to change.”

Indeed, even with its newly expanded voting access, Kentucky’s voting rules remain comparatively stricter than those of Georgia, which recently overhauled its electoral system with new restrictions on voting. Even under Georgia’s new law, for example, the state still has no-excuse absentee voting and a much longer earlier voting period than Kentucky.

Voting rights experts note that three days of early voting is still a short window compared with other states that offer the process, and that the law does not have a provision for no-excuse absentee voting. It also includes restrictions like the banning of ballot collection, a practice in which one person gathers and drops off multiple voters’ ballots.

Nearly all of the country’s current efforts to expand voting access are unfolding in states with Democratic-led legislatures, and they go much further in expanding access to the ballot than Kentucky’s law does.

Connecticut is trying to make no-excuse absentee voting permanent after the method worked successfully in last year’s election, and Delaware is working on a constitutional amendment to add no-excuse absentee voting. Hawaii is progressing toward the introduction of automatic voter registration. And Massachusetts is seeking a host of changes, including adding same-day voter registration and extending early voting.

“The election in 2020 helps give them confidence that they could act quickly in expanding access and not have to go slowly,” Sylvia Albert, the director of the voting rights group Common Cause, said of these states.

She said that Kentucky did not fall into the category of true expansion, because its new law will provide fewer options than the emergency orders of 2020. “This might be a political calculation made by Democrats in the state, so that Republicans don’t go even further in suppressing the vote like other states have,” she said. “But as an election, voter access bill, it is not successful.”

While Kentucky’s compromise — expanding voting access while enacting some more restrictive policies in the name of election security — could serve as a model for other Republican-controlled states, it is more likely to be a blip in a year of G.O.P.-led pushes for voting restrictions.

Indeed, it was a unique set of circumstances and an unlikely coalition in Kentucky that led to the state’s first steps in a generation to expand voting access.

Fresh off a successful free, fair and safe election conducted with a host of temporary policies during the pandemic, Mr. Adams began the dutiful task of surveying county election administrators about the new rules. He had expected complaints, but instead found strong support for some of the measures, particularly the multiple days of early voting.

So Mr. Adams went to the Republican leadership in the Legislature to gauge its interest in adopting some of the policies. After a 2020 election in which Republicans picked up seats in the State Legislature and Mr. McConnell cruised to an easy victory, G.O.P. leaders in Kentucky had a far different political calculus than Republicans in Georgia, who saw their state turn blue for the first time in a generation. They were open, they said, though not necessarily eager to shake things up.

“The hard part at first was finding a sponsor,” Mr. Adams said, “because this was seen as so unlikely that no one wanted to be the sponsor.”

Enter Mr. Paul. The junior senator from Kentucky, who is up for re-election next year and has repeatedly made false statements about the 2020 election, had reached out to Mr. Adams with some concerns of his own regarding Kentucky election law. But he soon came around to the idea of a compromise effort, expanding some points of access while restricting others.

And he had an idea for a sponsor: Ms. Decker, who had been interested in an election overhaul after the high turnout in last year’s vote.

“I’ve been a lifelong Republican, I was chairman of the Republican Party in my county for a long time, and I’ve never felt like voter turnout was anything but good,” Ms. Decker said.

The bill quickly began gaining momentum in the Legislature. And Democrats, who eyed the effort warily, would soon come on board.

“We saw a bill come forward this year, and you’ve got to recognize some political realities of Kentucky,” said Morgan McGarvey, the Democratic minority leader in the State Senate. “This bill does not do everything that I would like to see in an election reform law, but it is definitely a step in the right direction.”

For years, Democrats in the State Legislature had worked to expand voting in Kentucky, both by putting forward large, transformative bills that never had a chance of passing, and pared down efforts like simply seeking to keep polls open until 8 p.m. (Kentucky currently closes polls at 6 p.m. on Election Day, the earliest shuttering time in the country along with Indiana’s.) The party was consistently rebuffed by the State Senate, which has been controlled by Republicans since 1999.

“No one can argue: This expands voting options in Kentucky,” Mr. McGarvey said. “Every Kentuckian has more choices of when and how to vote than they did before this law. So that’s something we have been fighting for for years, and I’m not going to slow it up.”

Republicans have been quick to praise the bill. Mr. Paul said in a statement that he was “proud” of the effort, and that it would ensure “our elections are accurate and accessible.” The Honest Elections Project, a conservative group that has joined legal efforts seeking to roll back voting access, said the bill had found “a balance” on “the need for both access and security.”

Joshua Douglas, a professor of election law at the University of Kentucky who was part of a small team of county election officials and other experts who consulted with Mr. Adams on the initial effort, said that “it’s not the bill I would have written by any means.” 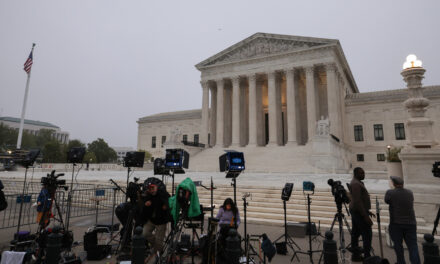 What even is a draft opinion? Here’s how the Supreme Court’s process works

France Recalls Ambassadors To The U.S. And Australia Over Snubbed Sub Deal 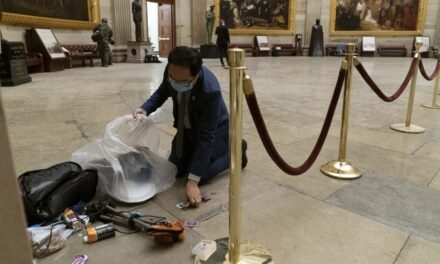 Opinion: A Blue Suit, Dusted By Insurrection, Goes To The Smithsonian 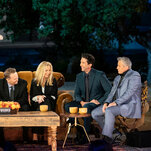