WASHINGTON — Rita Hart, a Democrat who ran for Congress in 2020 in southeastern Iowa and lost by only six votes, withdrew her request on Wednesday to have the House overturn the election results, ending a bitter dispute that had threatened to become a political liability for her party.

The decision cemented Representative Mariannette Miller-Meeks, a Republican doctor, as the winner of one of the closest House contests in American history. It also spared Democratic leaders from having to weigh in on whether to throw out the results of a contested vote months after President Donald J. Trump’s false claims of a stolen election fueled a partisan clash and a deadly riot at the Capitol.

Republicans had signaled that they were ready to turn the dispute into a political cudgel against the majority party, and some vulnerable Democrats who had come under attack on the issue in their districts were deeply uncomfortable with the prospect of intervening.

In a statement on Wednesday, Ms. Hart repeated her claim that voters had been “silenced” but acknowledged that the contest had become politically contentious.

“Despite our best efforts to have every vote counted, the reality is that the toxic campaign of political disinformation to attack this constitutional review of the closest congressional contest in 100 years has effectively silenced the voices of Iowans,” she said. “It is a stain on our democracy that the truth has not prevailed, and my hope for the future is a return to decency and civility.”

Ms. Hart’s campaign had identified 22 ballots that they believed were legally cast but “wrongfully” uncounted by state election officials during a districtwide recount in the fall. Rather than taking her case to court in Iowa before the election was certified, Ms. Hart opted to wait and appeal the results to the House Administration Committee, invoking a 1960s law.

With Democrats in control of the chamber, they would have run the review and had the power to order their own recount and a vote by the full House on whether to unseat Ms. Miller-Meeks in favor of their own candidate, which would have added to their eight-seat majority.

Democratic leaders had argued that they were obliged to take the appeal seriously, but Republicans mobilized, accusing them of hypocrisy and trying to steal an election that had been verified by state officials. To drive home the point, Representative Kevin McCarthy of California, the Republican leader, flew to Iowa on Wednesday before Ms. Hart’s announcement to rail against what he called an attempted political power grab intended to pad Democrats’ margin of control.

“Iowans made a decision,” Mr. McCarthy said. “And it’s their voice, and they have a right to have Congresswoman Mariannette Miller-Meeks, who they elected, to continue to serve them.”

The dispute was a particularly tricky issue for politically vulnerable House Democrats, who have become targets of a coordinated pressure campaign on the matter. Republicans’ campaign arm found that the issue polled overwhelmingly favorably for them in the competitive districts they hope to flip in 2022.

The National Republican Congressional Committee specifically targeted Representative Cindy Axne, Democrat of Iowa, releasing radio ads in her district accusing her of being complicit in an attempt to overturn the will of the state’s voters.

There’s More Than One Way to Play Dead 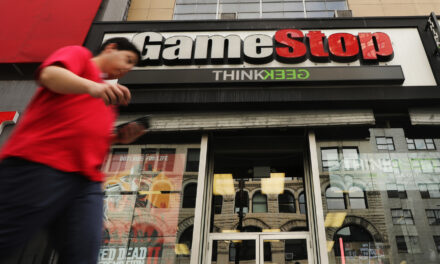 Best Buy Cyber Monday sales: Here are the best deals we could find