The fight over voting rights is emerging as one of the defining conflicts of the Biden era, and Georgia fired the opening shot with a set of new restrictions underscoring the political, legal and financial clashes that will influence whether Republicans retake Congress and the White House.

President Biden on Friday called Georgia’s new law an “attack on the Constitution” and said the Justice Department was “taking a look” at Republican voting efforts in the state, without offering any specifics.

“This is Jim Crow in the 21st century, it must end,” Mr. Biden said, a day after Gov. Brian Kemp signed the bill into law. “I will take my case to the American people — including Republicans who joined the broadest coalition of voters ever in this past election to put country before party.

“If you have the best ideas, you have nothing to hide. Let the people vote.”

In more than 24 states, Republican-led legislatures are advancing bills in a broad political effort that is the most aggressive attack on the right to vote since the civil rights movement of the 1960s. It follows months of Republican efforts to tarnish Mr. Biden’s presidential victory, which scores of high-level G.O.P. officials still refuse to acknowledge as legitimate.

Democrats, who have limited power in many state capitols, are looking to Mr. Biden and congressional Democrats for a new federal law to protect voting. Many in the party see the fight over voting as not just a moral cause but also a political one, given their narrow margins of victory in presidential and Senate elections in Georgia, Arizona and other battlegrounds.

But in a state where former President Donald J. Trump tried to persuade Republican election officials to reverse his loss, the measure went even further: It shifts the power and oversight of elections to the Legislature by stripping the secretary of state from chairing the state Board of Elections and authorizing the Legislature to name members to the board. It further empowers the state Board of Elections to have sweeping jurisdiction over county elections boards, including the authority to suspend officials.

Mr. Biden on Friday called Georgia’s new voting restrictions “un-American,” and sought to tie them to the Democrats’ push in Washington to enact the federal voting rights bill, which the House passed this month. The measure would put in place a raft of requirements intended to protect voting rights, including weakening restrictive state identification requirements, expanding early and mail-in voting and restoring voting rights to former felons.

The president said the new Georgia law was expressly what the House bill was designed to prevent. While Democrats in Congress debate abolishing the filibuster in order to pass the voting rights bill through the Senate, Republican legislators in more than 40 states have introduced hundreds of bills targeting voting access and seizing authority over administering elections.

And another crucial conflict looms this fall: the fights over redistricting to account for growing and changing populations, and the gerrymandering that will allow partisan majorities to limit the impact of votes by packing or splitting up population centers.

The gerrymandering disputes will determine the look of the House and dozens of state legislatures, in many cases locking in majorities for the next decade.

Bitter struggles over voting rights loom even in states with Democratic governors who can veto the legislation. In Michigan, Pennsylvania and Wisconsin, Republican-controlled legislatures are planning to advance restrictive bills, and new Republican governors would most likely sign them into law if they are elected next year.

“The 2020 election is behind us, but the war over the future of our democracy is escalating,” said Jocelyn Benson, a Democrat who is the secretary of state in Michigan, where Republicans this week introduced numerous proposed restrictions on voting. “For anyone to believe that they can sit down and rest because the 2020 election is behind need look no further than what happened in Georgia as an indication that our work is far from over.”

Republicans, borrowing language from their previous efforts at curtailing voting access, have described the new bills as a way to make voting easier while limiting fraud. Mr. Kemp, upon signing the bill into law, said it would “make it easier to vote and harder to cheat,” even though the state’s own Republican election officials found no substantive evidence of fraud.

Mr. Kemp on Friday pushed back at Mr. Biden’s criticism, saying, “There is nothing ‘Jim Crow’ about requiring a photo or state-issued ID to vote by absentee ballot.”

“President Biden, the left and the national media are determined to destroy the sanctity and security of the ballot box,” Mr. Kemp said. “As secretary of state, I consistently led the fight to protect Georgia elections against power-hungry, partisan activists.”

Jessica Anderson, the executive director of Heritage Action for America, the political arm of the conservative Heritage Foundation, said Georgia would serve as a model for other Republican-run states.

“The country was watching closely what Georgia would do,” Ms. Anderson said in an interview. “The fact that they were able to get these reforms through sets the tone and puts Georgia in a leadership role for other states.”

The Justice Department was aware of Georgia’s voting law, a spokeswoman said on Friday, but provided no further comment. A White House official said the president, in his comments, was assuming this was an issue the department would review.

The department’s civil rights division would most likely have lawyers investigate whether to file an independent lawsuit, said Tom Perez, the former labor secretary who also previously ran the department’s Civil Rights Division during the Obama administration. It could also take part in the case that was filed by civil rights groups by filing a so-called statement of interest or moving to intervene as the plaintiff, he said.

But this is a precarious time for the federal protections in place. In 2013, the Supreme Court gutted one of the core provisions of the Voting Rights Act, clearing the runway for much of the current legislation aimed at restricting voting. The remaining protection, in Section 2 of the act, is facing a new challenge before the Supreme Court, with arguments heard last month.

The debate is also spilling over into the corporate arena. Activists across the country have been chastising companies they see as silent on the issue of voting rights. In Georgia on Friday, numerous civil rights groups and faith leaders issued a call to boycott some of the standard-bearers of the Georgia business community — including Coca-Cola — until they took action against the effort to restrict voting access.

The early battle lines are increasingly centering on two key states that flipped from Republican to Democratic in 2020, Arizona and Georgia. Those states are also home to large populations of voters of color, who have historically faced discriminatory laws at the polls.

In Florida, lawmakers are looking to ban drop boxes and limit who can collect ballots for other voters, among other provisions, even after an election that the Republican chair of the state party touted as the “gold standard” and that Republicans won handily.

Blaise Ingoglia, a Republican state representative who has sponsored some of the legislation, said that while the election was successful, it was “not without challenges and problems that we think we needed to fix.” He cited the use of ballot drop boxes, which he helped write into law but he said were not adequately being administered.

“They said the same thing with the last election bill, that we wrote it and they said it was voter suppression, and the exact opposite happened: We had more people vote in the state of Florida than ever before,” he said. “We have 40 days of election with three different ways to vote. How can anyone say voter suppression?”

In Arizona, Republican lawmakers have advanced legislation that would drop voters who skip consecutive election cycles from the permanent early voting list. The list currently consists of roughly 3.2 million voters, and critics of the legislation estimate it would purge roughly 100,000 voters.

Wisconsin Republicans have proposed many restrictions on the disabled, new limits on who can automatically receive an absentee ballot and a requirement that absentee voters provide photo identification for every election — as opposed to having one on file with their municipal clerk.

The measures are certain to be vetoed by Gov. Tony Evers, a Democrat, but their sponsor, the Republican State Senator Duey Stroebel, said Friday that the legislation would encapsulate the party’s principles heading into the midterm elections.

“It will define that we as Republicans are people who want clean and fair elections in the state,” Mr. Stroebel said.

Wisconsin Democrats, confident in Mr. Evers’s veto, are eager to have a voting rights fight be front and center ahead of the 2022 elections, said State Senator Kelda Roys, a Democrat.

“People hate the idea that their right to vote is under attack,” Ms. Roys said. “The freedom to vote is just popular. It’s a great issue for Democrats.”

“Even in states where they won’t be passed and have been introduced, like in Colorado, they’re dangerous,” said Jena Griswold, the secretary of state in Colorado. “The rhetoric of lying and trying to manipulate Americans to keep political power is dangerous. It led to all the death threats that secretaries of state and election officials received in 2020. It led to the insurrection.”

The Biden Administration Is Quietly Obsessing Over Inflation 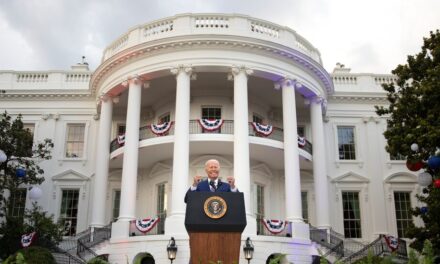 Vaccination Is the ‘Most Patriotic Thing,’ Biden Says on Independence Day 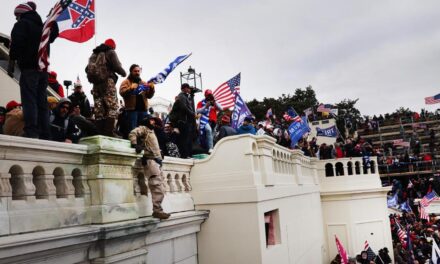 Feds warn Jan. 6 anniversary ‘may be exploited by threat actors’ but cite no specific or credible threats 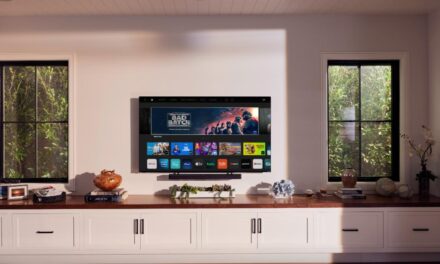 Best Buy Black Friday sales: Here are the best deals we could find