Asked by ABC News’ George Stephanopoulos if Cuomo should step down if the investigation confirms the allegations, Biden replied, “Yes.”

“I think he’ll probably end up being prosecuted, too,” Biden said.

The President added that “a woman should be presumed telling the truth and should not be scapegoated and become victimized by her coming forward.”

“Takes a lot of courage to come forward,” he said. “So, the presumption is they should be taken seriously. And it should be investigated. And that’s what’s underway now.”

The comments mark the President’s most explicit repudiation of Cuomo since multiple women made allegations of sexual harassment or unwanted advances against the New York governor. They came in an interview with Stephanopoulos in which Biden encouraged migrants not to come to the US as a crisis unfolds at the country’s southwestern border — with thousands of unaccompanied children now in federal custody — and he expressed openness to changing the Senate’s filibuster rule for the first time.
Biden had said Sunday that he wants to see what comes of the investigation into the allegations when asked if the Democratic governor should resign.

“I think the investigation is underway and we should see what it brings us,” the President told reporters. White House chief of staff Ron Klain echoed Biden’s comments later Sunday evening, telling MSNBC that the investigation “ought to run its course.”

“What the President said is that there’s a process. These charges are very serious charges. They ought to be investigated and that process ought to run its course,” Klain said, later adding that the women making the allegations “have a right to be heard.”

The White House’s posture is a notable break from the calls for resignation from the majority of the New York congressional delegation, including Senate Majority Leader Chuck Schumer.

The New York governor, facing multiple allegations of sexual harassment and unwanted advances, has apologized for “making anyone feel uncomfortable” but has maintained that he “never touched anyone inappropriately.”

He is also the subject of an impeachment investigation after the speaker of the New York State Assembly authorized the chamber’s judiciary committee to begin the probe this month.

Still, while the calls for Cuomo’s resignation reflect a growing unease among Democrats in the state about him staying on the job, the prospect of actually forcing him out of office has been drawn-out and uncertain.

Democratic leaders in the state Legislature are content to wait for a pair of investigations, one tasked by state Attorney General Letitia James and the other about to be empaneled by Assembly Speaker Carl Heastie, to run their course before formally beginning the impeachment process.

The investigation into the sexual harassment allegations is being led by attorneys Joon Kim, a former prosecutor with the US Attorney’s Office for the Southern District of New York, and Anne Clark, an employment discrimination attorney.

In Run-Up to Oprah’s Interview With Harry and Meghan, Royal Accusations Fly 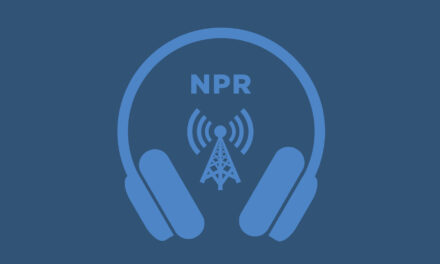 The Rangers Play Baseball in Front of a Packed House

The fierce urgency of action on racialized police violence (opinion)