Will Republicans Pay a Price for Opposing the Stimulus?


Others seemed far more focused on Dr. Seuss and Mr. Potato Head, culture war bait that fires up their conservative base. Representative Kevin McCarthy, the House minority leader, even took the issue to the House floor. “First they outlaw Dr. Seuss, and now they want to tell us what to say,” he said during a debate over a Democratic voting rights bill. (It was the company overseeing the author’s estate, not any Democrats, that recently chose to stop publishing several of his works. And Republicans’ focus on Dr. Seuss did deliver some economic benefit: More than 1.2 million copies of stories by the children’s book author sold in the first week of March — more than quadruple from the week before.)

The Republican predicament is simple: People like getting money, especially when they are struggling, and this bill will deliver. Roughly 90 percent of American households will be eligible for stimulus checks. More than 93 percent of children — 69 million — will receive what is essentially a guaranteed income for families. Even those who don’t receive a payment will benefit from new funding for reopening schools and vaccine distribution.

Former President Donald J. Trump taught Republican voters to love that kind of government spending by championing stimulus measures that were even larger than this bill. That makes it difficult for G.O.P. lawmakers who backed those measures to argue against the cost of this legislation, without facing charges of hypocrisy or possible pushback from portions of their base.

To shift public opinion, Republicans will have to settle on a clear argument against the legislation and find the party discipline to drive it. To that end, they’ll be keeping a close eye on how the money is distributed, hoping to find examples of waste or fraud that they can highlight to undercut Mr. Biden’s policy agenda. One area ripe for discontent is the aid to state and local governments, which polls significantly lower among Republicans than Democrats. But it won’t be easy: Republicans are already struggling to overcome deep divides in their ranks.

Mr. Biden, acutely aware of the potential pitfalls, wants to ensure that Americans understand the benefits of this bill — and that they give him credit. His address on Thursday evening was the start of an administration-wide push to promote the legislation across the country. It’s a strategy to avoid the struggles of former President Barack Obama, who some Democrats believe was not aggressive enough in selling his 2009 stimulus package to voters.

The situation isn’t exactly the same: Unlike Mr. Obama, who faced the challenge of a slow recovery, Mr. Biden is likely to benefit from a quickly expanding economy, with forecasters predicting growth to speed up in the coming months as more Americans get vaccinated. He also starts his campaign with more good will. Biden’s legislation is roughly 20 percentage points more popular than the 2009 bill was immediately after passage.

Still, the 2009 stimulus package provides an instructive example on how quickly public opinion can change. No House Republicans voted for that $787 billion package and only three moderate Republicans in the Senate backed it, even as nearly two in three Americans supported the bill.

Stimulus Bill as a Political Weapon? Democrats Are Counting on It.

Long-term unemployment: Millions of Americans have been out of work for months 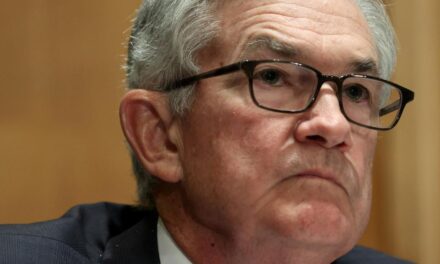 What small business owners really need from the next president