“We do not believe it is appropriate to judge members of Congress solely based on their votes on the election certification,” Chamber of Commerce National Political Director Ashlee Rich Stephenson said in the memo, first reported by the Washington Post.

“There is a meaningful difference between a member of Congress who voted no on the question of certifying the votes of certain states and those who engaged and continue to engage in repeated actions that undermine the legitimacy of our elections and institutions,” Stephenson said.

Many major businesses announced they would be suspending contributions to Republican members of Congress who supported an objection to the 2020 presidential election results on January 6. A CNN analysis of Fortune 500 companies found 280 had made donations to members of Congress who supported overturning the election results. Of those 280, over 100 committed to suspending donations in some form.

In the wake of the January 6 attack on the Capitol, US Chamber of Commerce CEO Tom Donohue called former President Donald Trump’s role in the attack “absolutely unacceptable and completely inexcusable.”

At the time, Chamber of Commerce Executive Vice President Neil Bradley said the Chamber would not be supporting some members of Congress.

“I actually want to be very clear: There are some members, who by their actions, will have forfeited the support of the US Chamber of Commerce. Period. Full Stop,” Bradley said.

In the memo released Friday, the Chamber of Commerce drew a distinction between those who objected to certifying the election results and those who they said have been more active in pushing conspiracy theories.

“Casting a vote is different than organizing the rally of January 6th or continuing to push debunked conspiracy theories,” Stephenson said. “We will take into consideration actions such as these and future conduct that erodes our democratic institutions.” 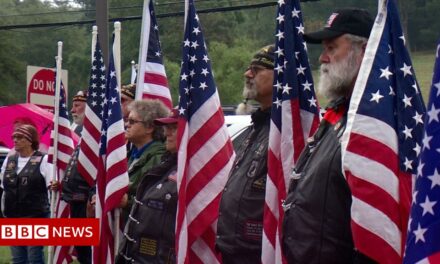 Afghanistan crisis: How America watched as Taliban won the war 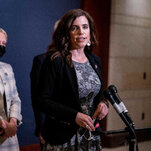 Nancy Mace Called Herself a ‘New Voice’ for the G.O.P. Then She Pivoted.