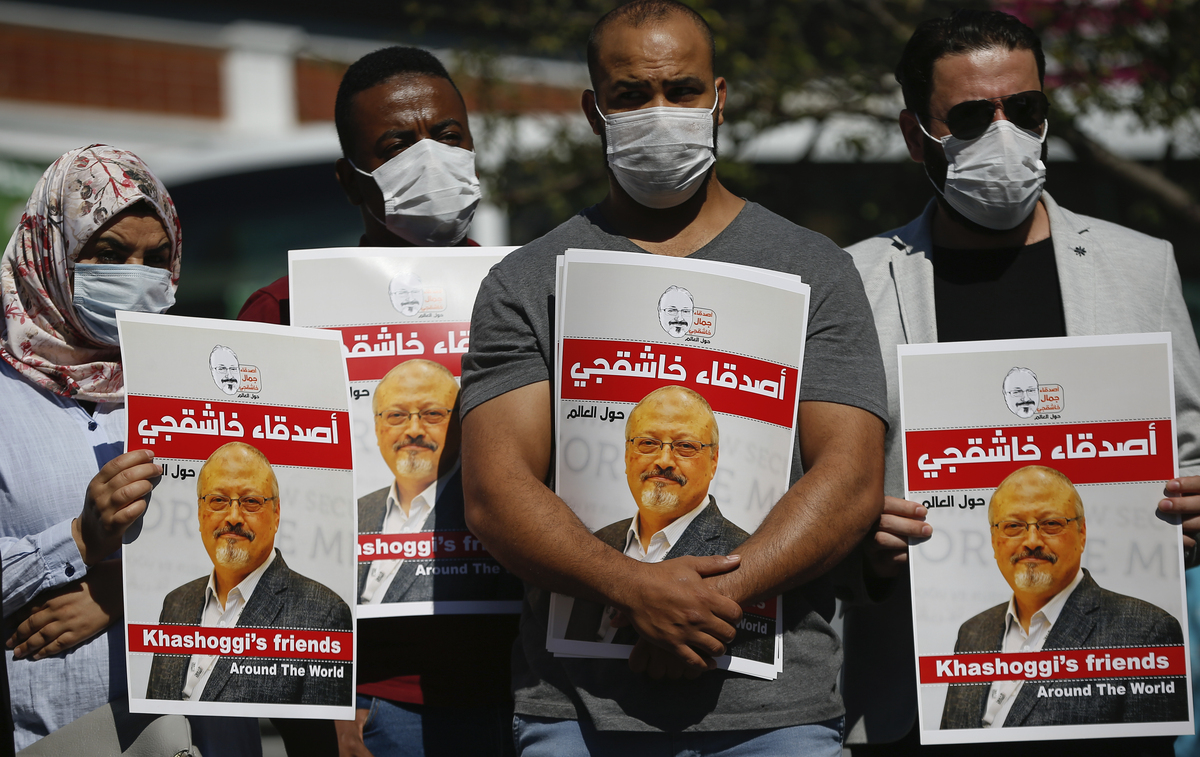 The Biden administration is expected to release a report soon that addresses the key question in the 2018 killing of journalist Jamal Khashoggi: what role, if any, did Saudi Arabia’s crown prince have in the death?

If the report by the U.S. intelligence community implicates Saudi Crown Prince Mohammed bin Salman in any way, it would damage the already complicated relations between the traditional allies.

The basic facts are clear. Khashoggi was a Saudi citizen living in northern Virginia and writing columns for The Washington Post that were often critical of the Saudi monarchy. He was killed during a visit to the Saudi consulate in Istanbul, Turkey, on Oct. 2, 2018. His body was dismembered and his remains have never been found.

Saudi Arabia initially denied knowledge of what happened to Khashoggi. But in the face of intense international pressure, the kingdom blamed his death on “rogue” security officials. The Saudis continue to insist the crown prince was not involved.

But many believe otherwise.

Two months after Khashoggi’s killing, in December 2018, then-CIA Director Gina Haspel returned from a trip to Turkey and briefed Senate leaders on her findings. The senators emerged from that meeting convinced that the crown prince was behind the killing.

Crown Prince Mohammed bin Salman “is a wrecking ball. I think he is complicit in the murder of Khashoggi in the highest possible level,” said Sen. Lindsey Graham, a South Carolina Republican.

Speaking to NPR, Gregory Gause, a Saudi watcher who heads the international affairs department at Texas A&M University, said he “would assume that any release would confirm what almost everyone assumes. Operations like this don’t happen without approval from the top.”

In a 2019 report, U.N. human rights investigator Agnes Callamard said Khashoggi “has been the victim of a deliberate, premeditated execution, an extrajudicial killing for which the state of Saudi Arabia is responsible under international human rights law.”

The U.N. report said a 15-member team of Saudi agents flew to Istanbul specifically to meet Khashoggi, including a forensic doctor and people who worked in the crown prince’s office.

Saudi courts have sentenced five men to death, but the sentences were later reduced to 20 years. Three other men received lesser sentences.

President Biden has already made clear that he plans to take a more critical position toward Saudi Arabia, which has had close ties with many U.S. presidents, including former President Trump.

Trump took his first presidential trip abroad to Saudi Arabia in 2017, describing the kingdom as a regional leader and praising it for the billions of dollars the Saudis spend on U.S. weapons.

During last year’s presidential campaign, Biden called Saudi Arabia a “pariah” and was critical of its human rights record and it intervention in Yemen’s civil war, which has contributed to one of the world’s worst humanitarian crises.

“The president’s intention, as is the intention of this government, is to recalibrate our engagement with Saudi Arabia,” White House press secretary Jen Psaki said Wednesday.

Biden said he has read the intelligence report produced by the Office of the Director of National Intelligence, which oversees all 18 of the U.S. intelligence agencies.

Analysts who follow Saudi Arabia say the king has been in poor health for years, and that the crown prince is the driving force in the kingdom.

The U.S.-Saudi partnership has often been described as transactional. The U.S. has long imported Saudi oil and relied on the kingdom’s output to help stabilize world oil prices. The Saudis, in turn, buy U.S. weapons in bulk and view the U.S. as its main protector. The two countries have also cooperated in counterterrorism efforts against radical Islamist groups such as al-Qaida.

But critics say the U.S. and the Saudis share little in terms of values. Many U.S. administrations have been all but silent on Saudi Arabia’s lack of democracy, the restrictions it places on women, and its human rights violations.

The Obama and Trump administrations assisted the Saudi military campaign in Yemen against the Houthis, a group backed by Iran. But with no military solution on the horizon, and the impoverished country shattered by years of war, the Biden administration says it will press the Saudis to find a diplomatic solution in Yemen.

Deborah Amos contributed to this report.