Former President Donald J. Trump on Sunday named two lawyers who will represent him in his coming impeachment trial in the Senate, a day after he parted ways with five members of his initial team.

“Notably, Schoen has already been working with the 45th president and other advisers to prepare for the upcoming trial, and both Schoen and Castor agree that this impeachment is unconstitutional — a fact 45 senators voted in agreement with last week,” the news release said.

The lawyers will be deployed immediately: Mr. Trump is due to file a response to the House charges by Tuesday, and the trial is scheduled to start next week. The announcement came a day after Mr. Trump parted ways with his lead lawyer, Butch Bowers, a South Carolina-based lawyer whom Senator Lindsey Graham, Republican of South Carolina, helped bring to the Trump team, and four other lawyers who were supposed to work on the defense.

A person familiar with the decision called it “mutual,” and others said there was no chemistry between Mr. Trump and Mr. Bowers, a quality Mr. Trump values in his lawyers. Mr. Bowers also maintained a low-key appearance in the press, while Mr. Trump prefers people who will go on television and defend him.

There also was never a letter of intent signed between Mr. Trump and the lawyers who left, and a person close to the former president said there was a disagreement about strategy. Mr. Trump has told advisers he wants the defense to focus on his baseless claims about election fraud, a person familiar with the discussions said. A person close to the former president disputed that that was the case, but conceded that Mr. Trump had dismissively said the case was so simple that he could try it himself and save money.

Mr. Trump has struggled to find — or retain — lawyers to defend him in the various investigations of him since taking office.

Mr. Castor is famous for declining to prosecute the disgraced entertainer Bill Cosby while he was the district attorney in Montgomery County, Pa., in 2005. He also served briefly as Pennsylvania’s acting attorney general.

Mr. Schoen has represented a wide range of clients, from mobsters to political figures to Mr. Stone.

In an interview with The Atlanta Jewish Times in September, Mr. Schoen said of his casework, “I represented all sorts of reputed mobster figures: alleged head of Russian mafia in this country, Israeli mafia and two Italian bosses, as well a guy the government claimed was the biggest mafioso in the world.”

Mr. Schoen met with Jeffrey Epstein, who was facing trial on sex-trafficking charges, shortly before his death in 2019 to discuss the case. Mr. Schoen has maintained that he believes Mr. Epstein was murdered, despite all official reports that he killed himself while in prison.

The news release from Mr. Trump’s office described him as “45th President Donald J. Trump,” as opposed to “former president,” a notable choice given Mr. Trump’s repeated refusal to concede. 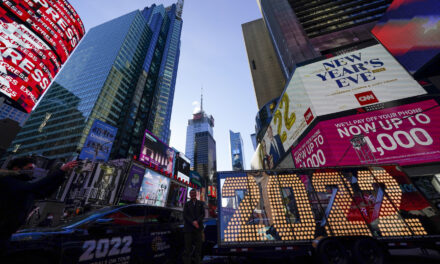 The Long, Worthwhile Search for the Five Black Women of Grace Baptist Church

Nearly 500 Charged With Coronavirus-Related Fraud In Past Year : NPR