Oil Tankers from Iran Arrive in Venezuela, Defying U.S. Sanctions on Both Countries

Workers at the El Palito refinery welcomed the docking of Iranian tanker Fortune.

Four more tankers are expected over the coming days.

The Iranian tankers hold what analysts estimate to be enough gasoline to supply Venezuela for two to three weeks.

Venezuela sits atop the world’s largest oil reserves, but it has to import gasoline because production has crashed over the last two decades.

The fuel shipments are arriving in the face of stiff sanctions imposed by the United States on both Venezuela and Iran.

They mark a new era in the burgeoning relationship between the two countries, which are labelled by the US as repressive regimes.

Washington accuses Iran and other nations of propping up the Maduro regime.

Solo stove fire pits are up to 40% off, just in time for summer 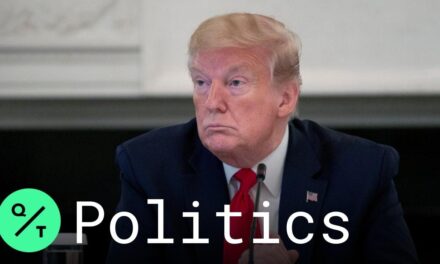 Trump Holds Roundtable on Reopening America at the White House

Israeli Plane Flies Over Saudi Skies for the First Time