The US is facing its darkest months yet in the pandemic, and the election may not help

The Trump administration has made clear that a vaccine is the centerpiece of its response to the pandemic and has promised to deliver one by the end of the year.

But while states filed their plans with the US Centers for Disease Control and Prevention weeks ago, they have received no funds from Congress to start building the infrastructure they will need to distribute those vaccines to tens of millions of people.

There’s no hope any money is coming before Election Day. And what happens after Tuesday might make things even worse.

One big fear among public health leaders: If voters repudiate President Donald Trump and his GOP allies in the Senate, will that kill any motivation they had to speed vaccines and other help to the public?

“There is that risk. If there is not only a change in the presidential administration or maybe a change in control of the Senate, that during this lame duck Senate you would have to worry that with all the politicization that has occurred that there would be a deliberate effort to derail all this or to burden the states,” said Dr. Amesh Adalja, senior scholar at the Johns Hopkins Center for Health Security.

“I don’t think anything’s off the table, based on how we have seen politics be injected into all of this. We have to be on guard against all of this.”

Adalja said the public should watch and make sure members of Congress and the administration don’t simply drop the ball, or move to outright undermine their successors.

The nearly three months between Election Day and Inauguration Day could be almost like a “black hole,” said Michael Osterholm, director of the Center for Infectious Disease Research and Policy at the University of Minnesota.

Public health experts say November, December and January are the months that the states and federal government should be working together hardest to plan for distributing vaccines; get the equipment, storage and transport ready; set up a system to track who gets vaccinated and when; and hire an army of people to administer vaccines.

“The case numbers are going to climb dramatically no matter what,” Osterholm said. “It’s hard to stop a runaway freight train. The election is just going to make it more complicated because people are feeling such angst.”

Osterholm and other health experts fear if a new administration is elected, they could still be stymied.

“Even if they want to start working on this issue, they don’t have any authority to take over” until January 20, Osterholm said. “(And) we don’t know what the administration is going to do.

“The next three months are going to be the darkest days of this pandemic.”

The Trump administration has, meantime, placed most of its bets on vaccine development, while spending almost nothing to support vaccine distribution or build public trust.

“The need is there. We are concerned that it has not happened yet,” said Meredith Allen, vice president of health security for the Association of State and Territorial Health Officials (ASTHO). “If the funding isn’t there, there is truly the potential that it will be difficult to vaccinate the population.”

“Federal support is really critical to be able to sustain the monumental effort that we have. We continue to hope that the federal government will provide us the resources we need,” Chan told CNN.

“The pandemic is touching every part of our lives. It would be hard to be blind to that.”

Asked about the concerns, White House spokesperson Michael Bars said the Trump administration’s primary goal was preventing closures and restrictions, saying the coronavirus strategy “is fundamentally rooted in the bedrock objective of saving lives and helping our country safely open and stay open.”

“We remain intensely focused on harnessing the full power of the federal government, private sector, military, and scientific community in the unprecedented effort to deliver safe and effective vaccines and treatments to U.S. communities in record time,” Bars said in a statement to CNN.

“With four vaccine candidates already in the final stage of trials and others nearing this critical stage, the administration is sparing no effort or expense to save millions of American lives.”

Dr. Georges Benjamin, executive director of the American Public Health Association, said he hopes that means efforts to develop a vaccine infrastructure will be stepped up, but doesn’t believe it will.

“The Trump administration has shown they won’t do anything,” he said.

Trump has claimed, incorrectly, that doctors are inflating coronavirus death counts to get paid more; that the virus is less dangerous than the flu; that the US is “turning the corner” against the pandemic; and that the virus will simply “disappear.” He’s called supporters to crowded rallies and encouraged them to gather without precautions in conditions that public health experts point out are perfect for helping spread the virus.

“This fatalism that they seem to be espousing — it’s just wrong,” Benjamin told CNN. “You’ve got a President that is just running around like Typhoid Mary.”

An unusual level of politics for public health

Public health officials are usually careful not to express political opinions. They must work with with whatever leadership is in place and cannot risk antagonizing anyone.

And they’re not critical of everything the Trump administration has done.”Operation Warp Speed has been nothing short of an amazing success,” said Osterholm, referring to the federal program to speed vaccine development.

But some are making clear the only hope of changing the tide of the pandemic would be a Joe Biden administration.

“We’ll have a leader who speaks about the pandemic and infection control in a way that we have traditionally understood it,” said ASTHO chief medical officer Dr. Marcus Plescia.

However, Plescia, Adalja and Benjamin all worry that if Trump loses, his administration might be tempted to be less than cooperative.

If Biden wins, “I know the Biden people are going to have to figure between the election and the time they take over how to put together a very robust management plan to hit the ground running,” Benjamin said.

“It’s also going to take the cooperation of the current administration to do it right, and the politicians may not want to help.”

Plescia hopes a big change Tuesday, if one comes, could give renewed hope to Democratic governors, who may start spending on vaccine infrastructure in anticipation of funding coming through.

“If Biden wins the election, are Democratic states with Democratic governors going to basically ignore the (Trump) administration? Basically they are just going to go for it because they know that something is coming?” he asked.

Even Republican governors who have resisted pandemic mitigation measures could have a change of heart, he said.

“Some of them, this may be a way for them to make some changes and save face. They can say ‘the public has spoken, and I am going to listen.’ It might be an opportunity for some of them to change direction without looking like they are hypocrites,” Plescia said.

A change of administrations could embolden the US Centers for Disease Control and Prevention, Plescia said. He and other public health specialists have expressed dismay for months at the silence of CDC officials who would have been expected to be openly and frequently briefing the nation about public health measures to control the pandemic. CDC Director Dr. Robert Redfield has in the past defended the agency and denied politics were put ahead of science

“If this means the people at CDC feel a bit more confident that they can just speak up and not put up with the attempts to censor and silence them,” he said. “Maybe CDC can be much more vocal in the next three months. That’s where we really get our guidance and leadership. It’s kind of a new thing to have HHS (the Health and Human Services Department) and the administration so involved in public health matters.” 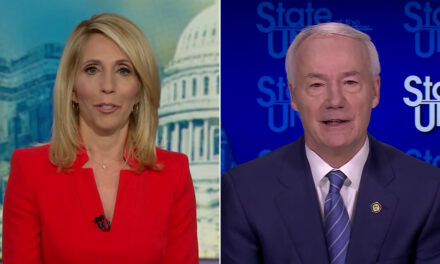 GOP governor asked why vaccinations are so low in his state. Hear his response 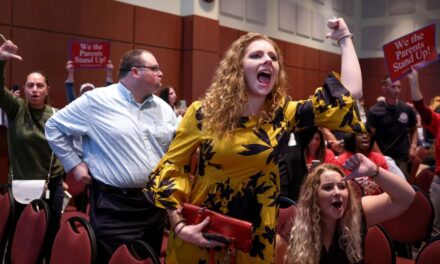 Analysis: School boards are under siege. It’s going to get worse

What Matters: Mike Pence evaded a question about peaceful transfer of power