Stimulus is likely coming — but not in time for the holidays

“I’m skeptical that anything can get done in a lame-duck session,” said Kevin Grogan, managing director of the investment committee at Buckingham Wealth Partners.

The lack of any new stimulus in the fourth quarter could derail the nascent economic rebound as well, making it tougher for consumers and small businesses around the holidays.

“The next major catalyst for the economy and markets is fiscal relief. But there are no training wheels. The lack of support during the fourth quarter will hurt consumers and small businesses,” said Brian Nick, chief investment strategist at Nuveen.

Nick says the economy may not grow at all during the fourth quarter unless there is new stimulus. And he doubts there will be a post-election deal in November or December unless Trump wins and Republicans keep control of the Senate — a scenario that polls are showing as unlikely.

If the Democrats take the White House and Senate, a big stimulus package could be passed fairly quickly in 2021.

Jim Smigiel, chief investment officer of nontraditional strategies at SEI, said he thinks Democrats would focus on economic aid first and worry about undoing some of Trump’s tax cuts and deregulation efforts at a later date.

“Stimulus will take precedence. In a blue wave sweep scenario, Democrats could get all that done very early next year,” he said, adding that it would be nice to get a stimulus deal before the end of the year but that he doesn’t expect one.

“Given the vitriol in Washington, that’s not likely to happen,” Smigiel said.

Still, there are hopes for a big stimulus package sooner rather than later next year — including a long-awaited deal in Congress to fund more infrastructure investments.

Of course, many expected infrastructure to be a focus after the 2016 election, regardless of whether Trump or Hillary Clinton won. But a deal failed to materialize.

This time might be different, given the urgent need for more government spending on projects that could put more Americans to work.

Heummer said he expects more money to be spent on transportation infrastructure — things like airports and seaports — as well as cell tower networks to support more 5G wireless networks.

The big wild card is what happens with Covid-19. Another serious spike in cases could crimp growth.

But Hank Smith, head of investment strategy at Haverford Trust, thinks politicians on both sides of the aisle will be reluctant to enact more lockdowns.

“Politicians don’t want to throw the economy into a double-dip recession,” Smith said. “More stimulus is coming. It’s a question of when and how much, not if. There is a desire to return to normal.”

Why Auto Makers Are Raking In Blockbuster Profits Despite The Pandemic : NPR 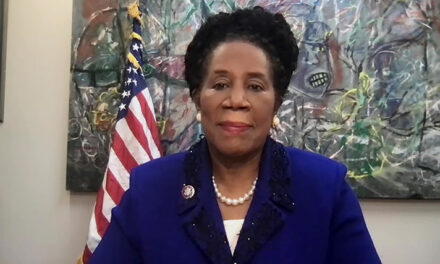 Trump says the economy is booming. He’s right — but you don’t feel it