For months as Trump undercut his own medical experts, sidelined scientists and refused to take basic steps to control the virus while mocking former Vice President Joe Biden for wearing a mask, the nation’s top infectious disease specialist held his tongue and took the President’s attacks in stride as he continued to plead with the American people to socially distance and wear masks.
But Fauci’s restraint appeared to have evaporated in a Washington Post interview that was published Saturday night, in which he called out the White House for allowing its strategy for fighting the virus to be shaped in part by a neuroradiologist with no training in the field of infectious disease and said he appreciated chief of staff Mark Meadows’ honesty when he admitted to CNN’s Jake Tapper during a recent interview that the administration has given up controlling the spread of the virus.

At a time when Trump is downplaying the rising cases in the vast majority of states, dangerously holding huge rallies with few masks and no social distancing, and lodging the false and outlandish claim that doctors are exaggerating the number of Covid deaths for profit, Fauci told the Post that the nation is “in for a whole lot of hurt.”

“All the stars are aligned in the wrong place” as the country heads indoors in colder weather, Fauci told the newspaper in an interview late Friday — a day when the US set a global record for the most daily cases and the nation surpassed 229,000 deaths. “You could not possibly be positioned more poorly.”

Fauci, who is widely trusted by the public after a lengthy career serving under six presidents from both parties, said Meadows was being candid in the interview last weekend where he told Tapper it was not possible to control the virus. Fauci has adopted the polar opposite strategy by repeatedly telling Americans that they can change the trajectory of the virus and save lives if they adhere to mask use, social distancing protocols and other safety precautions.

“I tip my hat to him for admitting the strategy,” Fauci told the Post of Meadows’ admission to Tapper. “He is straightforward in telling you what’s on his mind. I commend him for that.”

Fauci did not mince words describing what he views as the untoward influence of Dr. Scott Atlas, a controversial figure who has become the President’s de facto Covid adviser. Atlas, a White House coronavirus task force member who took on more prominence as Fauci and Dr. Deborah Birx receded from public view at the White House, has misrepresented the effectiveness of masks and discouraged testing of asymptomatic people, even though most medical experts believe it is a critical element of stopping the spread of the virus.

Fauci and Birx, the coronavirus response coordinator for the White House task force, were fixtures at the White House in the early days of the pandemic, often appearing alongside Trump at White House briefings to detail the administration’s efforts to fight the virus. But Trump grew increasingly frustrated with Fauci’s media appearances and what he viewed as the doctor’s negative tone about the trajectory of the virus. (Fauci told the Washington Post he was choosing his words carefully so as not to be prohibited from doing future interviews.)

During a call with campaign staff in October, Trump referred to Fauci and other health officials as “idiots” and said Americans were tired of hearing about the pandemic, according to CNN’s Kaitlan Collins and Kevin Liptak. Birx, who has also expressed concerns about Atlas to her confidantes, has taken her expertise and influence out on the road, meeting with state and local officials to try to help shape their strategies for fighting the virus.
Atlas responded to Fauci Saturday night in a tweet comprised of a series of hashtags that accused him of engaging in politics and mocked Fauci for the ceremonial first pitch that he threw at the opening game of the Washington Nationals.

“It’s unacceptable and breaking with all norms for Dr. Fauci, a senior member of the President’s Coronavirus Taskforce and someone who has praised President Trump’s actions throughout this pandemic, to choose three days before an election to play politics,” Deere said in the statement. “As a member of the Task Force, Dr. Fauci has a duty to express concerns or push for a change in strategy, but he’s not done that, instead choosing to criticize the President in the media and make his political leanings known by praising the President’s opponent— exactly what the American people have come to expect from The Swamp.”

But it was Trump’s campaign that tried to play politics with Fauci when it featured him in a campaign ad without his consent and took his words out of context.

Deere appeared to be referring to the contrast that Fauci drew in the interview between the Trump and Biden campaign’s differing approaches to the pandemic. Biden’s campaign, he was quoted as saying, “is taking it seriously from a public health perspective,” while the Trump campaign is viewing the virus through the lens of “the economy and reopening the country.”

At the end of one of the worst weeks for the US in daily coronavirus case counts, the Trump and Biden campaigns continued to clash over the President’s handling of Covid-19 on the trail Saturday as Biden campaigned in Michigan and Trump held four rallies in Pennsylvania.

Trump once suggested that the virus had not been a serious problem for himself, first lady Melania Trump or his teenage son Barron, glossing over the fact that the first family receives the highest caliber of medical care in the country and had access to experimental treatments that are not available to most Americans.

Failing to acknowledge the grave risks of the virus to older Americans and those with pre-existing conditions, Trump falsely claimed Saturday that “because of our relentless efforts, the recovery rate right now on Covid, or China virus, or the China plague, is 99.7%,” using a racist term to describe the virus.
Not only is there not enough data yet to understand the long-term consequences on patients who have contracted the disease, but about 2.5% of people in the US who tested positive for Covid-19 have died from it, according to Johns Hopkins University.

Trump, who pledged to “terminate” the virus Saturday with “science, medicine and groundbreaking therapies,” was also critical of Biden’s relentless focus on Covid-19 in the closing days of the campaign.

“All he does is talk about Covid, Covid,” Trump said of Biden. “He has nothing else to talk about. … We agree it’s serious and we’ve done an incredible job. And at some point they are going to recognize that.”

Both Biden and former President Barack Obama, who campaigned with Biden in Michigan on Saturday, issued a sharp rebuke to Trump for his false claim Friday that US doctors are profiteering off of Covid patients. Obama seemed incredulous that the attack was part of the President’s closing argument and framed it as evidence of Trump’s lack of character.

“He’s jealous of Covid’s media coverage and now he’s accusing doctors of profiting off this pandemic — think about that,” Obama said. “He cannot fathom, he does not understand the notion that somebody would risk their life to save others without trying to make a buck.”

Obama argued that if Trump had been focused on halting the spread of Covid-19 from the beginning of this year, “cases wouldn’t be reaching new record highs” and noted that some of the areas where the President has held rallies have seen spikes in cases. He mocked Trump’s “obsession” with crowd size in the midst of a pandemic.

“You know when a country is going through a pandemic, that’s not what you’re supposed to be worrying about,” Obama said. “And that’s the difference between Joe Biden and Trump right there. Trump cares about feeding his ego. Joe cares about keeping you and your family safe. And he’s less interested in feeding his ego with having big crowds than he is making sure he’s not going around making more and more people sick. That’s what you should expect from a president.” 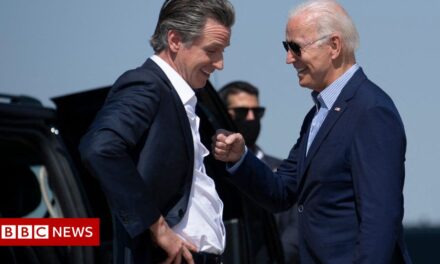 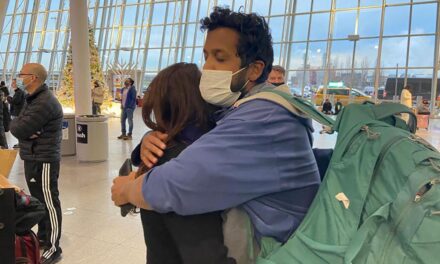 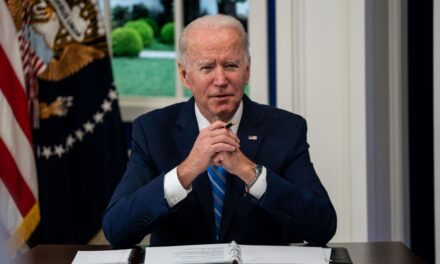 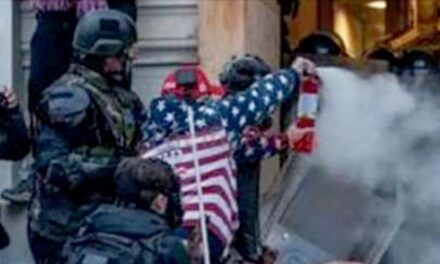