President Donald Trump landed in Sacramento, California Monday for a briefing about the wildfires that have killed at least 33 people and forced thousands from their homes.

Trump has blamed poor forest management for the deadly fires, though many of the blazes have roared through coastal chaparral and grasslands, not forest.

When addressing reporters after exiting Air Force One, Trump was asked if climate change was also part of the problem, in combination with forest management.

Trump said he thinks, “a lot of things are possible.” But he says when it comes to forests, downed trees and dried leaves on the ground eventually “just explode.”

The president said countries in Europe don’t have the same issues with wildfires because they manage their forests. “So we have to do that in California,” he said.

Inside, during a meeting with officials on the fires, California Gov. Gavin Newsom accepted that his state can do a better job of forest management. But he told Trump that it is “self-evident that climate change is real and that is exacerbating this.”

Wade Crowfoot, secretary of the California Natural Resources Agency, argued that “if we ignore that science and sort of put our heads in the sand and think it’s all about vegetation management, we’re not going to succeed together in protecting California.”

Crowfoot said, “I wish science agreed with you.”

Trump got in the last word of the exchange: “Well, I don’t think science knows actually.” 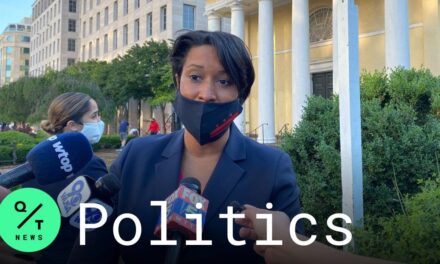