They rightly feel that the pandemic, along with significant issues like climate change and racism, are not just part of today’s political landscape but are defining who we are as a people, which makes the polarization of our current political landscape all the more distressing.

The blue and red partisan divide could not be greater. The divisions we see today are embedded in our complicated history, some so woven into our culture and political institutions that we struggle to even imagine their resolution.

But the norm in American life is not stasis — it’s change.

I will leave the predictions of how this election will play out to the professional prognosticators, but if we look back at history, one thing is clear: Presidential elections during American crises are moments of potential. They can trigger massive realignments that replot the course of our country.

American history is filled with moments of change so fundamental that even in retrospect they seem remarkable. I’ve explored many of them in my films. “The Vietnam War,” “Prohibition” and “The Civil War,” among others, address radical changes that accompanied presidential elections in moments of crises not dissimilar to those we are experiencing today.

But when I consider what’s happening today, it’s the lessons from my film “The Roosevelts” that resonate most deeply.

In 1928, Republican nominee Herbert Hoover was elected president in a landslide, winning 444 electoral votes for a political party that had dominated national politics for over a decade.

Ironically, Hoover was a humanitarian hero prior to seeking office. Some have speculated that through his relief work — Hoover formed and administered the Commission for Relief in Belgium during World War I — he was responsible for saving more lives than anyone else in history. Yet Hoover was unable to manage the crisis of the Great Depression.
As millions lost their jobs, homes and livelihoods, his Republican politics and policies, which preached individualism and limited government, seemed tone deaf and cold-hearted. By 1932, the Depression had devastated the country, and as the election neared the national mood was not in Hoover’s favor.
Franklin Delano Roosevelt, who had been nominated by the Democrats and campaigned on the government playing a more active role in addressing the crisis, needed only sit back and let the chaos of the moment unfold. It did. At the polls, Americans voted overwhelmingly to oust Hoover, who won only 59 electoral votes to Roosevelt’s 472, an even bigger landslide than Hoover’s 1928 victory. “Democracy is a harsh employer,” Hoover said of his defeat.
This massive shift in only four years — triggered by the worst economic collapse the country had seen and brought on by huge swings among labor and urban immigrant voters — changed American politics forever and redefined how we viewed the federal government’s role in our lives. Democrats were in control of the executive branch for the first time in over a decade, and a dramatic sweep of Congress made Roosevelt the first Democratic president in 80 years with a congressional majority.
With that popular mandate, Roosevelt immediately began to enact his “New Deal” — a collection of domestic programs, reforms and projects — for the American people. Transformative legislation flew through Congress, including laws that gave the federal government the power to oversee banking, to make loans to homeowners, to pay farmers not to produce, and to provide public jobs for those who needed work. In the first 100 days of his administration, the federal government that had been a mostly passive observer of the people’s problems became an active force in trying to solve them.

And yet, as the 1936 election approached, the crisis continued.

On the campaign trail, as he struggled to lift the country out of the greatest economic cataclysm in history, Roosevelt, unlike Hoover, found a way to speak not just to his party, but to connect beyond it. He preached humanity first, and the people heard him.
He would win the election of 1936 with 523 electoral votes and 60.8% of the popular vote, the largest percentage anyone had won in over 100 years. It was a landslide, a stunning victory — perhaps most of all because it indicated just how much the United States, and our political allegiances, had shifted. It signaled that, even though the economic crisis was not over, Americans had bought into the idea that in order to emerge from it a strong federal government, acting in the collective interests of many versus the individual interests of a few, would have to lead the way.
Notably absent from Roosevelt’s 1932 winning coalition were the majority of Black voters — at least those able to vote despite Jim Crow laws — who had until then remained loyal to the party of Republican President Abraham Lincoln. But, in 1936, many Black voters, newly migrated north, had rethought their political allegiance and voted overwhelmingly for Roosevelt.

The notion that western farmers, big city industrial workers, immigrants, Black voters and Southern Whites could all vote for the same party defied expectations then — and still seems improbable today.

But our history, particularly during times of great crisis, proves otherwise. It is rife with evidence of the shifting alliances between states, political parties and citizens — shifts that have typically brought about the most fundamental changes our country has seen.

In these stories is a promise: We will always continue to evolve. And while we will face new crises, each more urgent and unnerving than the last, we will survive. Our nation will survive. Because there is great power in American democracy, and a great capacity for collective compassion, sacrifice and mobilization at the core of our very being. We are committed to learning and improving, and so we will.

When we find our way through today’s crises — which will certainly not end on Election Day, nor when the calendar changes over to 2021 — I hope we will discover on the other side new alliances and a clearer vision of who we are and who we want to be. 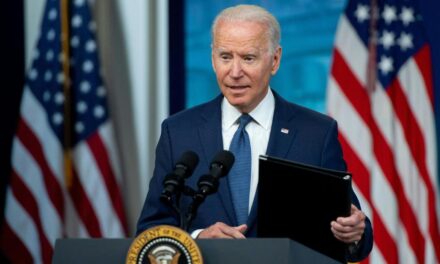 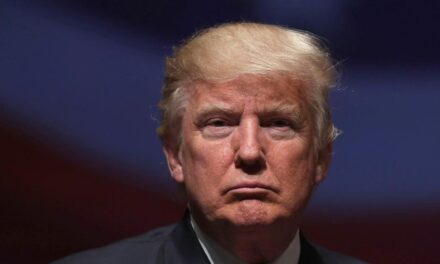 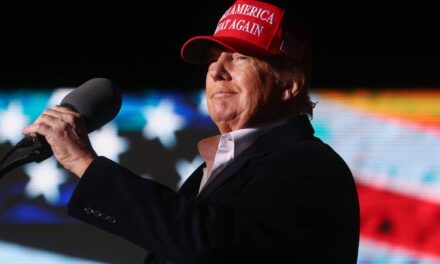 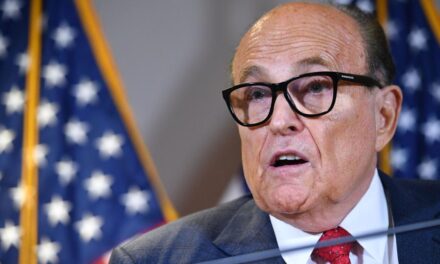 Rudy Giuliani expected to appear before January 6 committee next month