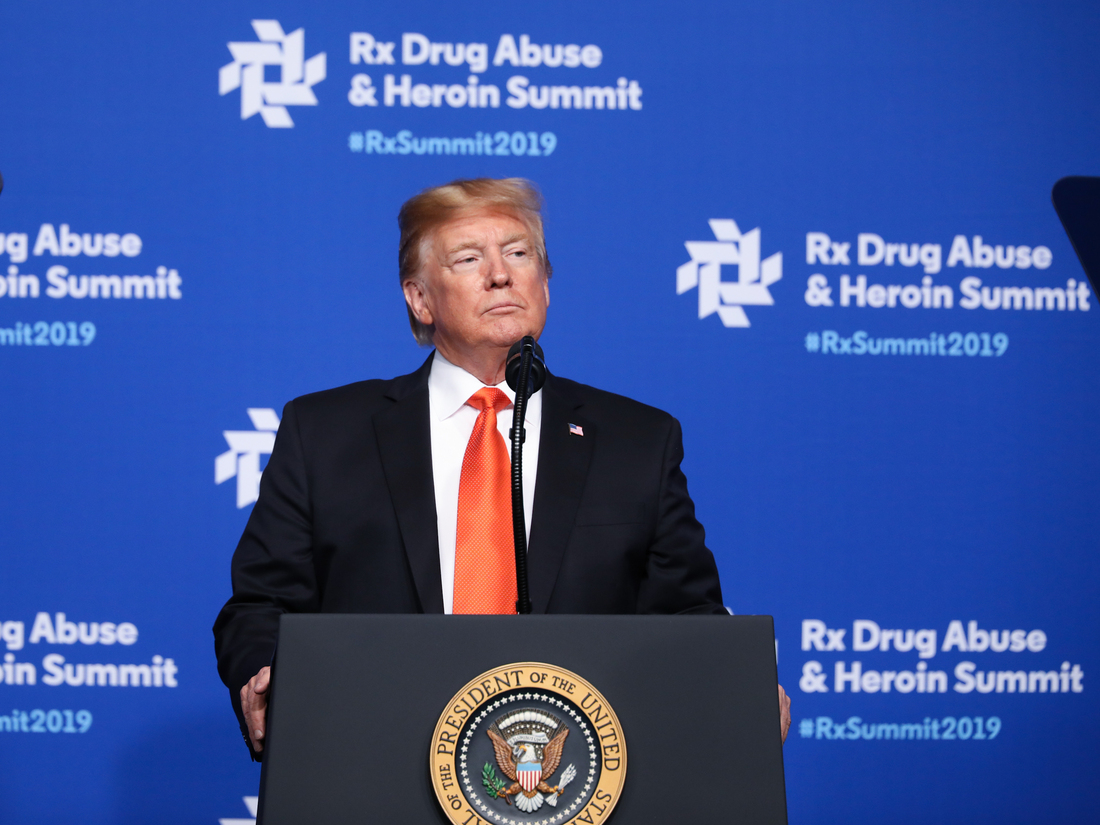 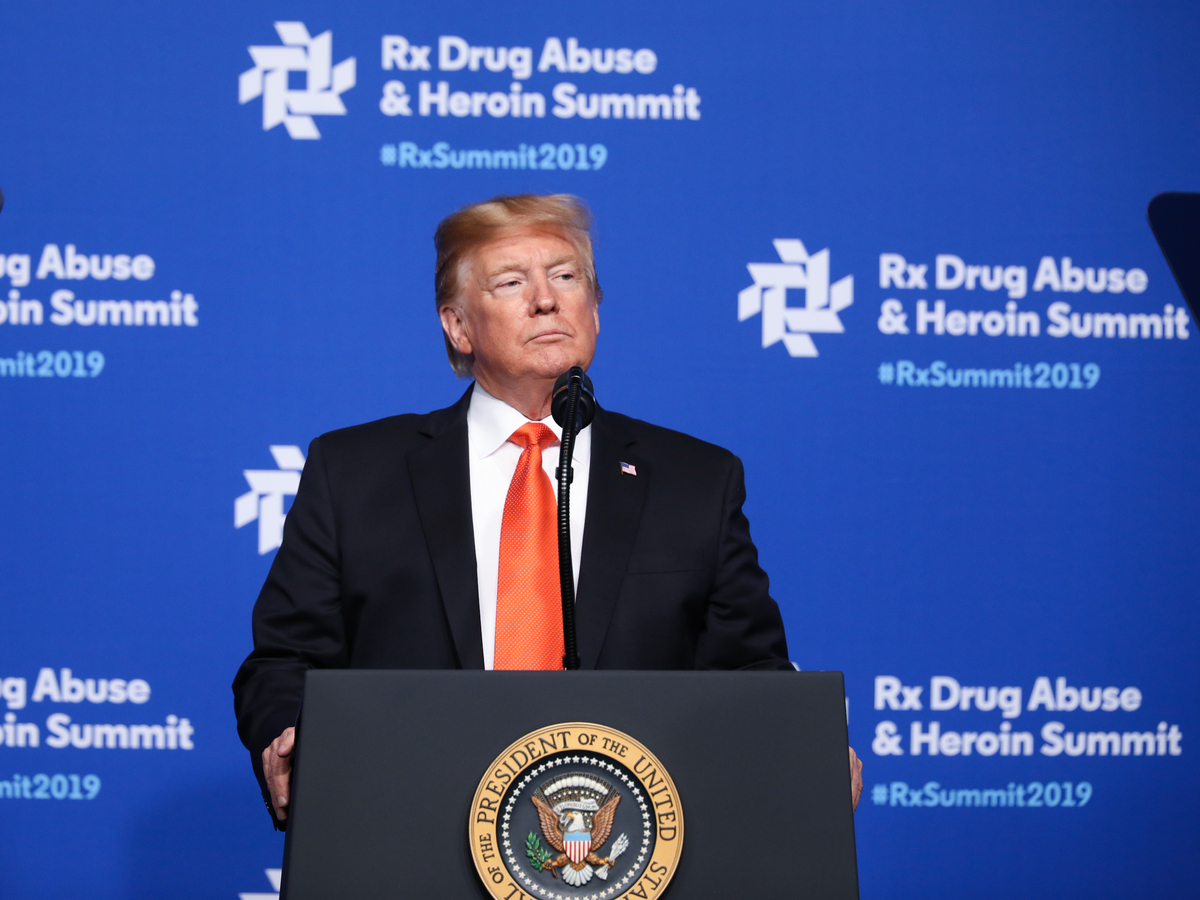 When then-presidential candidate Donald Trump spoke in Manchester, N.H., a week before the 2016 election, he said the opioid crisis was destroying lives and shattering families.

“We are going to stop the inflow of drugs into New Hampshire and into our country 100%,” Trump promised.

It was a major campaign issue. Overdoses were surging in battleground states key to the election, like New Hampshire, Ohio and Pennsylvania.

In 2017 — Trump’s first year in office — more than 42,000 Americans died from overdoses linked to heroin, fentanyl and prescription opioids, according to the Centers for Disease Control and Prevention.

Trump declared a public health emergency in October 2017, noting that overdoses had joined gun violence and car crashes as a leading cause of death in America.

“No part of our society, not young or old, rich or poor, urban or rule has been spared this plague,” he said.

“The federal government has taken some important steps to increase access to evidence-based treatment for opioid use disorder,” said Beau Kilmer, who heads the Rand Corporation’s Drug Policy Research Center.

Kilmer also credits Trump for “pressuring China to better regulate some of its synthetic opioids.”

A public health emergency, but no clear leadership

But while some progress was made, critics point to serious missteps behind the scenes that hampered federal efforts, including the decision to sideline and defund the Office of National Drug Control Policy (ONDCP.

An internal memo acquired by NPR in 2017 found the White House was contemplating a 94% cut in resources to the agency, tasked since 1988 with developing and coordinating the nation’s drug addiction efforts.

That decision was later reversed but Trump handed leadership of the opioid response to a series of political appointees, including former New Jersey Gov. Chris Christie and White House adviser Kellyanne Conway.

“This made it difficult for people to understand, you know, who’s leading and coordinating the effort on opioids,” Kilmer said.

Still, there seemed to be some success, with opioid deaths dipping slightly in 2018. “This sign of progress is an example of what can happen when an administration prioritizes an issue,” said ONDCP director Jim Carroll in a statement earlier this year.

But in 2019, the number of overdoses surged again to a new record with more than 50,000 opioid-related fatalities. The CDC’s preliminary data shows another big increase in deaths during the first four months of 2020.

Researchers also say fentanyl has continued to spread fast, despite interdiction efforts, contributing to more overdose deaths in the western United States where the synthetic opioid had been scarce.

In December, the Government Accountability Office issued a report blasting the administration for failing to come up with a coherent national opioid strategy as required by law.

“ONDCP did not issue a national drug control strategy for either 2017 or 2018,” the GAO concluded.

The ONDCP declined an interview request for this story, but a spokesman told NPR in an email that the agency has addressed the GAO’s concerns and is once again functioning in full compliance.

“ONDCP has released several documents that together address all of the statutory requirements that GAO noted as missing,” the spokesman said.

But in recent months, even some members of the Trump administration have begun voicing alarm.

“Basically everything is pointed in the wrong direction,” said Adm. Brett Giroir, assistant secretary for health and an opioid policy expert at the Department of Health and Human Services.

During a panel discussion in late July, Giroir described recent increases in opioid overdoses as “a nightmare,” adding that “all the progress that we made has been reversed and this is even before the pandemic.”

Drug policy experts say things could grow even worse in the months ahead if Trump is successful in dismantling the Affordable Care Act.

If the Supreme Court strikes down the ACA, as Trump has urged, those gains in insurance coverage and care would likely be reversed.

“The situation is bleak and it could be a lot bleaker,” Saloner said.

Meanwhile, Democrat Joe Biden has released a plan of his own promising to end the overdose crisis if he’s elected. His number one policy idea? Preserve and expand the Affordable Care Act. 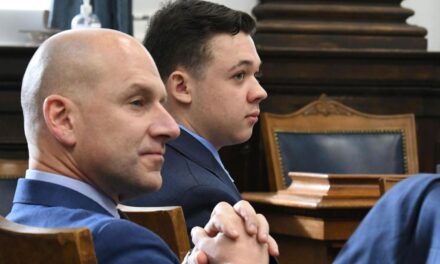 Rittenhouse’s defense attorneys filed a motion for mistrial with prejudice on Monday. Prosecutors have not filed a response. 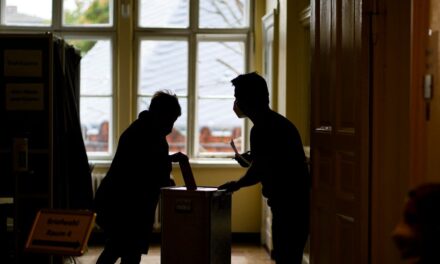 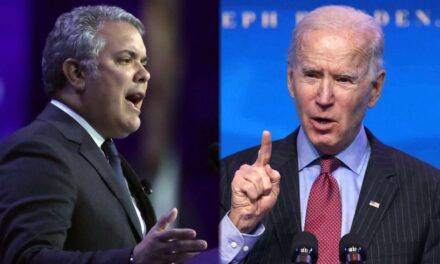