WASHINGTON — Joseph R. Biden’s pledge Thursday night to “transition away from the oil industry” to address global warming put the topic of climate change on center stage for the final stretch of a campaign year in which the issue has played a larger role than ever.

Mr. Biden’s statement in the closing moments of Thursday’s debate gave President Trump what his campaign saw as an enormous opportunity to blunt his opponent’s appeal to working-class voters. Mr. Biden’s campaign tried to downplay it, saying he was merely stating that he would phase out longstanding tax subsidies for the oil industry.

But transitioning away from fossil fuels is the inevitable end game of Mr. Biden’s promise to end net carbon pollution by 2050. That policy has energized some young voters and helped unite the Democrats’ left and moderate wings, but has always carried risks for Mr. Biden.

“Last night, Joe Biden issued a crystal-clear threat to 19 million Americans with his promise to eliminate the oil industry. No amount of spin or cleanup from Biden or his team can rectify this error,” Steve Guest, a Republican National Committee spokesman, said Friday morning.

In no political year has climate change been as dominant an issue as in 2020.

President Trump has worked sporadically to moderate his longtime climate denial by promoting tree-planting as an environmental solution, even as he has maintained his avid support for the coal and oil industries, taken steps to roll back climate regulation implemented by his predecessor and moved to withdraw the United States from the international Paris Agreement on climate change.

But the closing moments of the debate reverted back to an older question: Can the nation transition to clean energy from fossil fuels without enormous economic and political disruption?

The line was reminiscent of the Republican response in 2016 to Hillary Clinton’s acknowledgment that “we’re going to put a lot of coal miners and coal companies out of business” as the nation moves to clean energy. Those comments resonated in coal states like West Virginia, Pennsylvania, Ohio and Wyoming.

Mr. Biden’s comments may focus attention on a different set of battlegrounds, such as Texas and New Mexico. Representative Xochitl Torres Small, an endangered freshman Democrat in New Mexico, said on Twitter, “We need to work together to promote responsible energy production and stop climate change, not demonize a single industry.”

Representative Kendra Horn of Oklahoma, another freshman Democrat facing a tough re-election bid, declared, “Here’s one of the places Biden and I disagree. We must stand up for our oil and gas industry.”

Though more alluded to than stated outright, transitioning from fossil fuels will be necessary to meet Mr. Biden’s goals of eliminating emissions from the power sector by 2035 and reaching net-zero emissions across the economy by midcentury. That transition, scientists say, is required to avert the worst consequences of climate change.

Yet he has walked a fine line throughout the campaign, insisting that natural gas production — and the jobs it creates — will remain a core part of the United States energy composition for several years to come even as he envisions a future powered more by wind, solar and other renewable sources.

Some energy experts said the Trump campaign’s attacks on Mr. Biden may not have the same resonance as those on Mrs. Clinton four years ago, in large part because public understanding of climate change has grown and the major oil companies of the world have, to varying degrees, pledged to reduce their emissions.

“This is a playbook that they keep coming back to, and it’s less and less effective. The economy is moving on and the public is moving on,” said Joshua Freed, who leads the climate and energy program at Third Way, a center-left think tank.

Mr. Freed called the level of attention climate change received at the two presidential debates and throughout the campaign “overdue” and said he believes the United States has turned a corner on its acceptance of the need to reduce greenhouse gases. “When you have the worst wildfires in history on the West Coast, when you have flood after flood after record-breaking storm and hurricane across the rest of the country, you have people saying, ‘This is a big problem and we want to see it addressed,’” he said.

During the 12 minutes that NBC devoted to climate change on Thursday, the moderator, NBC’s Kristen Welker, framed human-caused global warming as a fact. She asked candidates for their solutions rather than whether they “believe” the science.

Mr. Biden and Mr. Trump engaged in a sustained debate about the economic effects of both addressing and failing to address the problem. And for what many analysts said was the first time ever, the candidates were asked to talk about the consequences of pollution on communities of color who disproportionately live near industrial sites.

“Its presence in both debates underscores the difference and the magnitude in which this issue is thought of as a voting issue and not just a niche issue in a party primary,” said Robert Gibbs, a former White House press secretary under President Barack Obama.

“What it means is that climate change and climate-change solutions have jumped a number of other really important issues into the forefront of not only what’s being discussed in the waning days of the election, but likely at the top of the agenda in the beginning of the next Congress. That’s fundamentally different,” Mr. Gibbs said.

Anthony Leiserowitz, director of the Yale Program on Climate Change Communication, credited the shift to a surge in public awareness and engagement around climate change over the past five years. Mr. Obama made climate change a centerpiece of his second term. The science around the dangerous consequences of climate has gotten stronger. And increasingly Americans are faced with the reality of record-setting weather extremes along with floods, hurricanes and wildfires.

“Americans have a different consciousness about climate change than they did 12 years ago,” he said.

And for the first time, climate change polled as a top issue for Democrats during the primaries, which Mr. Leiserowitz called “hugely consequential.”

He also said Mr. Trump’s outspoken denial of climate science has helped bring attention to the issue. “Having a climate denier in chief who is out there saying it’s a Chinese hoax, all of that helps sharpen the distinction between the positions of the two parties,” Mr. Leiserowitz said.

Douglas Holtz-Eakin, who was an economic policy adviser to Senator John McCain’s 2008 presidential campaign against Mr. Obama, said areas of agreement make poor rallying points. That year, both candidates not only believed that climate change was real and serious but had similar proposals to address it.

“I thought this would be a moment when the nation learned a lot about greenhouse gas emissions,” Mr. Holtz-Eakin said. But other than a handful of news articles, it was largely ignored.

“Issues become important when they’re a point of differentiation among the candidates,” Mr. Holtz-Eakin said. “What I finally realized in retrospect was, there was no point in talking about it because it doesn’t help you pick.”

In the 2020 election, the difference between the candidates could not be more stark.

Mr. Trump has disparaged climate science and installed climate change deniers in prominent positions at both the White House and environmental agencies. He has sought to roll back every federal regulation aimed at reducing greenhouse gas emissions, moved to make it easier for aging coal plants to keep operating and promoted greater oil and gas production.

During Thursday’s debate, Mr. Trump claimed he has “so many different programs” to address climate change but offered no solutions beyond an executive order he signed to support a World Economic Forum tree-planting initiative. He attacked renewable energy and said, falsely, that retrofitting buildings to make them energy efficient would shrink windows to tiny portals.

Back in 2012, recalled Lanhee Chen, policy director for Mitt Romney’s presidential campaign against Mr. Obama, “there really wasn’t any pressure of any kind in the political marketplace to have, for example, your climate change plan.” In that race, both candidates also accepted the reality of climate change and the need to address it, albeit to different degrees.

But, he said, even the Obama campaign did not raise the issue to force a public debate. “Politicians and campaigns are very good reflections of where the public is at. Campaigns don’t tend to spend time on issues that people don’t care about,” he said. 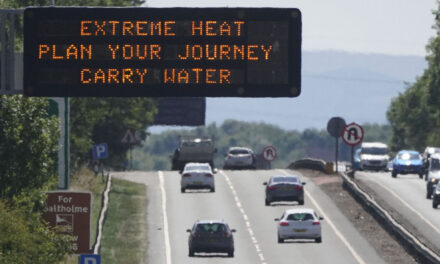 The U.K. gets ready for travel disruptions as temperatures may hit 104 F 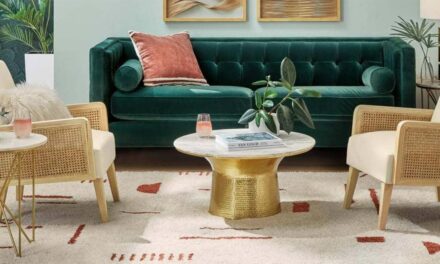