Disney’s California parks, which have been closed for seven months, will be allowed to reopen at just 25% capacity, and only after the county where it’s located reaches a lower level of Covid-19 cases — something that may take several weeks, if not months.

Orange County, where Disneyland is located, is currently in the second, “red” tier of the state’s four-tier reopening system, which represents a “substantial” spread of the virus. Under state guidelines, all theme parks must remain closed under this tier. Disney’s California Adventure theme park will also remain closed because Los Angeles County is also in a “widespread” tier.

California officials released the guidelines Tuesday afternoon. Disney, which partially blamed state restrictions for the company’s decision to lay off thousands of workers, blasted the latest guidance as “arbitrary.”

“We have proven that we can responsibly reopen, with science-based health and safety protocols strictly enforced at our theme park properties around the world,” said Ken Potrock, president of Disneyland Resort. “Nevertheless, the State of California continues to ignore this fact, instead mandating arbitrary guidelines that it knows are unworkable and that hold us to a standard vastly different from other reopened businesses and state-operated facilities.”

The parks were originally set to reopen in July, but weren’t permitted to because of state guidelines. Disneyland’s unions have also been pushing California Governor Gavin Newsom to reopen parks.

“We believe a path exists where Disneyland would be able to open safely when Orange County moves into the Orange tier,” the Coalition of Resort Labor Unions, which represents over 10,000 Disneyland workers, wrote in a letter Saturday.

Edmund Velasco, president of the local American Federation of Musicians union, says lack of supplemental unemployment benefits is a partly behind the Disneyland union leaders’ decision to support reopening. In March, Disneyland employees were receiving $600 in weekly unemployment benefits through the CARES Act stimulus bill, which expired at the end of July.

“That actually does factor into it a bit. I won’t lie about that,” Velasco told CNN Business. “We were the first to be laid off, musicians and artists. We’re going to be the last to be hired back. There’s going to be a lot of people who are struggling to make ends meet because of this.”

Disney reopened its Florida theme parks in July with safety protocols and health measures that included reduced capacity at its parks and requiring all employees and guests to wear masks.

Nathanson estimates that Disney World alone generated $11.2 billion, or about 16% of the company’s total revenue in 2019 and added that it’s a massive driver of growth for the company. “It’s probably their most important single asset,” Nathanson said.

Disney (DIS) recently reorganized its whole business around streaming. It created a new Media and Entertainment Distribution group that will be in charge of monetizing content via distribution and ad sales. The group will also oversee the operations of the company’s streaming services like Disney+, Hulu and ESPN+.

Disney+ has quickly become the focal point and a saving grace of Disney’s business this year as the pandemic has ravaged its bottom line, noticeably at its theme parks.

Prior to this closure, Disneyland has only been a closed few times in its past since its opening in 1955. The park has closed for the national day o mourning following the assassination of President John F. Kennedy and the September 11 terror attacks. 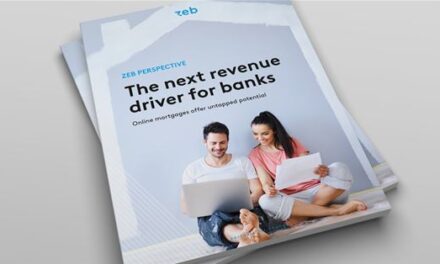 Opinion: The missed opportunities of the Covid stimulus package

Bernie Sanders says the stimulus bill is a victory for progressives. Here’s why