The New York Post’s front-page article about Hunter Biden on Wednesday was written mostly by a staff reporter who refused to put his name on it, two Post employees said.

Bruce Golding, a reporter at the Rupert Murdoch-owned tabloid since 2007, did not allow his byline to be used because he had concerns over the article’s credibility, the two Post employees said, speaking on the condition of anonymity out of fear of retaliation.

Coming late in a heated presidential campaign, the article suggested that Joseph R. Biden Jr. had used his position to enrich his son Hunter when he was vice president. The Post based the story on photos and documents the paper said it had taken from the hard drive of a laptop purportedly belonging to Hunter Biden.

Many Post staff members questioned whether the paper had done enough to verify the authenticity of the hard drive’s contents, said five people with knowledge of the tabloid’s inner workings. Staff members also had concerns about the reliability of its sources and its timing, the people said.

Mr. Giuliani said he chose The Post because “either nobody else would take it, or if they took it, they would spend all the time they could to try to contradict it before they put it out.”

Top editors met on Oct. 11 to discuss how to use the material provided by Mr. Giuliani. The group included the tabloid veteran Colin Allan, known as Col; Stephen Lynch, The Post’s editor in chief; and Michelle Gotthelf, the digital editor in chief, according to a person with knowledge of the meeting. Mr. Allan, who was The Post’s editor in chief from 2001 to 2016 and returned last year as an adviser, urged his colleagues to move quickly, the person said.

As deadline approached, editors pressed staff members to add their bylines to the story — and at least one aside from Mr. Golding refused, two Post journalists said. A Post spokeswoman had no comment on how the article was written or edited.

Headlined “BIDEN SECRET E-MAILS,” the article appeared Wednesday with two bylines: Emma-Jo Morris, a deputy politics editor who joined the paper after four years at the Murdoch-owned Fox News, and Gabrielle Fonrouge, a Post reporter since 2014.

Ms. Morris did not have a bylined article in The Post before Wednesday, a search of its website showed. She arrived at the tabloid in April after working as an associate producer on Sean Hannity’s Fox News show, according to her LinkedIn profile. Her Instagram account, which was set to private on Wednesday, included photos of her posing with the former Trump administration members Mr. Bannon and Sarah Huckabee Sanders, as well as Roger J. Stone Jr., a friend and former campaign adviser to Mr. Trump. (In July, the president commuted the sentence of Mr. Stone on seven felonies.)

Ms. Fonrouge had little to do with the reporting or writing of the article, said three people with knowledge of how it was prepared. She learned that her byline was on the story only after it was published, the people said.

The article relied on documents purportedly taken from the hard drive to suggest that the elder Mr. Biden, as vice president, had directed American foreign policy in Ukraine to benefit his son, a former board member of Burisma Holdings, a Ukrainian energy company.

The article also suggested that the elder Mr. Biden had met with a Burisma adviser, Vadym Pozharskyi. On Wednesday, a Biden campaign spokesman said that Mr. Biden’s official schedules showed no meeting between the former vice president and the adviser. Last month, two Republican-led Senate committees investigating the matter said they had found no evidence of wrongdoing by the former vice president.

“The senior editors at The Post made the decision to publish the Biden files after several days’ hard work established its merit,” Mr. Allan said in an email.

The New York Times, The Washington Post and The Wall Street Journal have reported that they could not independently verify the data in the Post article, which included hedging language, referring at one point to an email “allegedly sent” to Hunter Biden.

“The story was vetted and The Post stands by its reporting,” a Post spokeswoman said in a statement.

Quarantine Made Me Long for Painful High Heels 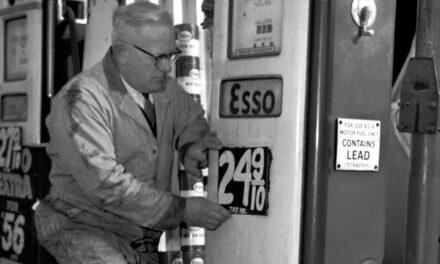 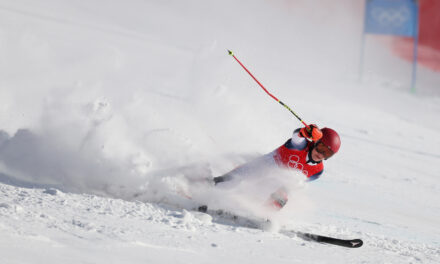