President Trump gave remarks at his first public event since testing positive for the coronavirus earlier this month. 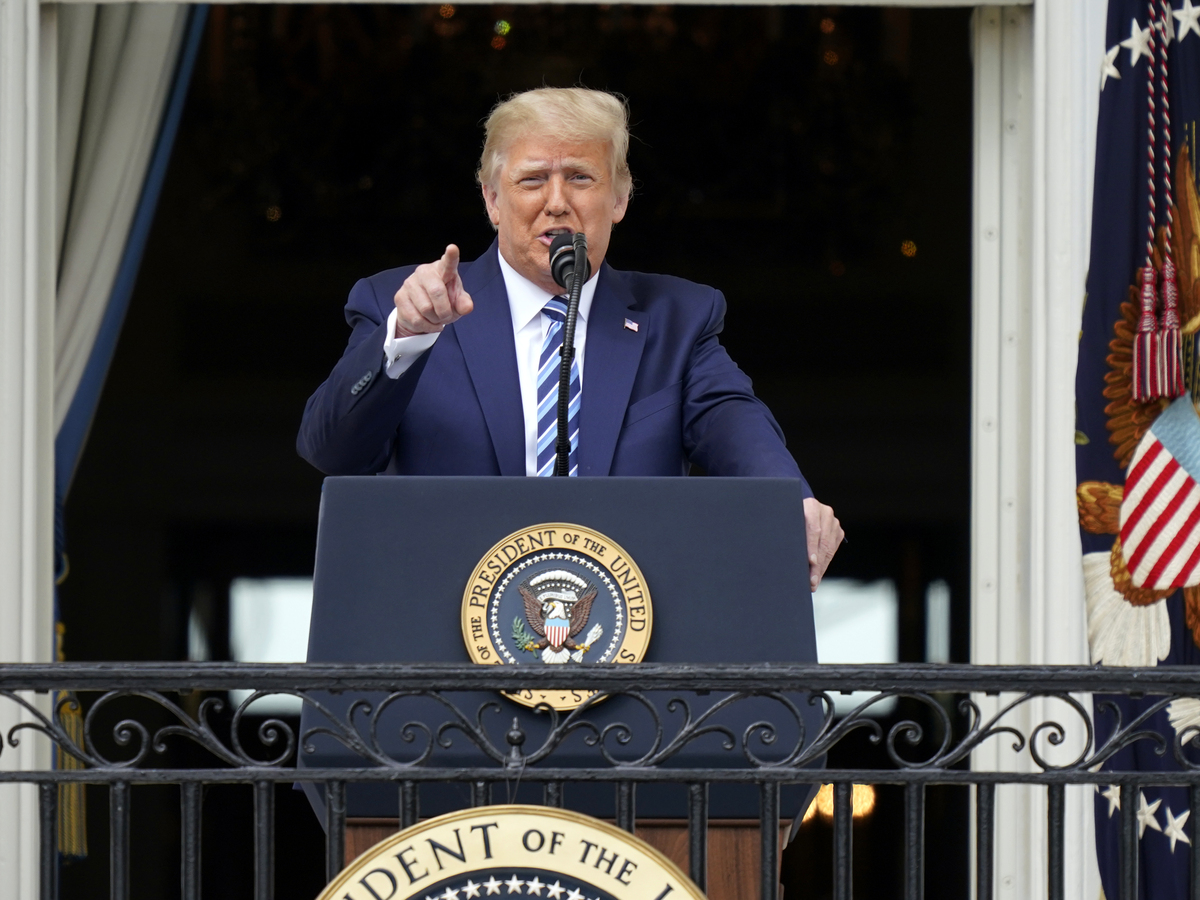 President Trump gave remarks at his first public event since testing positive for the coronavirus earlier this month.

President Trump on Saturday delivered remarks at his first public event since testing positive for the coronavirus on Oct. 1.

Public health experts have questioned the timing, so soon after his diagnosis and hospitalization.

From the White House balcony, Trump addressed supporters gathered at the South Lawn for what was billed as a “peaceful protest for law & order.”

“The other day in the debate Biden couldn’t even use the words law enforcement,” Trump told the crowd.

Trump said the politics of what he called the “radical socialist left” were alienating Latino and Black voters.

“Black and Latino Americans are rejecting the radical socialist left and they’re embracing our pro-jobs, pro-worker, pro-police — we want law and order. We have to have law and order,” Trump said.

Trump’s remarks Saturday come nine days after he tested positive for the coronavirus. During his speech, Trump only briefly mentioned the subject of his health and his COVID-19 diagnosis.

He did tell the crowd he “was feeling great” and thanked supporters for their prayers, but neglected to say if he still had COVID-19.

The White House said this week that it would update when the president had tested negative for the coronavirus. But by Saturday’s event, no such announcement had come.

White House physician Sean Conley, however, did say on Thursday that he anticipated “the president’s safe return to public engagements” on Saturday.

More than two dozen coronavirus cases have been tied to the White House or people who spent time with Trump.

Trump plans to attend a campaign rally in Florida on Monday.