The two candidates will now “take part in individual interviews … where they will be asked a series of questions from the forum moderator and panelists,” a live blog for the forum, which is hosted by local TV station WSPA, announced. CNN has reached out to both Nexstar Media Group and the South Carolina Chamber of Commerce, the sponsors of the debate, for a comment on this development.

The announcement comes after Harrison issued a statement on Thursday stating he would not debate in person if Graham — the chairman of the Senate Judiciary Committee, who attended an October 1 hearing with Sen. Mike Lee, a Utah Republican who tested positive for the virus last week — did not get a Covid test.

In the statement, Harrison said he, the moderators and the panelists all agreed to get tested and questioned why Graham would not.

“If Sen. Graham will not take a coronavirus test, I cannot responsibly debate in person tomorrow night and allow politics to put my family, my campaign staff, Sen. Graham’s staff, and members of the media at unnecessary risk,” the statement said.

Graham rejected that request, saying that he has previously tested negative and will abide by the already agreed-upon safety rules.

“Whether Mr. Harrison attends tomorrow’s debate is his decision, not mine. I will be there,” Graham said in a statement.

Graham, a three-term senator and staunch defender of President Donald Trump, is facing a tight race with Harrison, who has raised a substantial amount during his campaign. Graham is leading a charge to quickly confirm Judge Amy Coney Barrett to the Supreme Court.
Trump announced he had selected Barrett as his pick to replace Justice Ruth Bader Ginsburg, who died in September, at a Rose Garden ceremony at the end of last month. Lee attended that event and is one of at least 10 people who attended the event who later tested positive for the virus.
That event, along with an outbreak in the White House among aides and journalists who cover the President, has resulted in the executive mansion becoming one of the hotspots for Covid-19 in the nation’s capital. Trump is still recovering from his infection and has returned to work in the West Wing this week.
The President’s diagnosis has led to his second debate with former Vice President Joe Biden being canceled. The Commission on Presidential Debates announced Friday evening that the debate would not be held after the President said he would not participate in a virtual debate with Biden and the Democratic nominee made other plans.

This story has been updated.

CNN’s Manu Raju and Chandelis Duster contributed to this report. 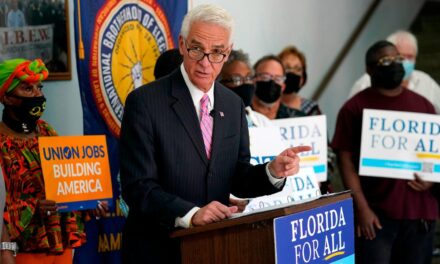 To take on Ron DeSantis, Florida Democrats are looking to a familiar face in state politics 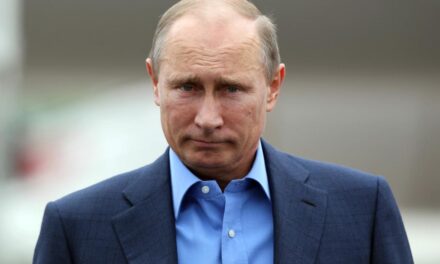 What Putin’s revenge against the US could look like 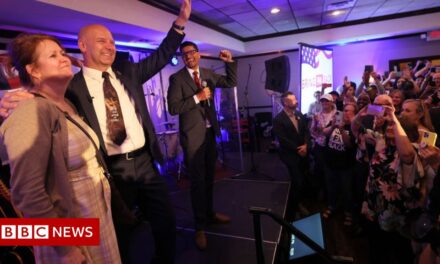 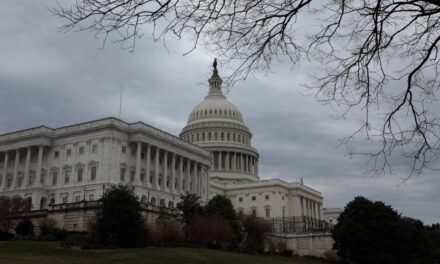 Senate Democrats vow they’ll pass voting rights legislation with or without Republicans. Here’s what their proposals would do