Opinion: The Republican who could help defeat Trump

But last week’s presidential debate — which now seems like it was months ago given all that has happened since then — would no doubt have had George H.W. Bush rolling over in his grave with disgust. Gentleman George, as he was remembered by USA Today, had old-world manners, charm, and exhibited civility — despite a long and storied career in the raucous world of American politics.

Trump is the polar opposite of Bush — rude, argumentative, and someone who spent most of the debate with a nasty scowl upon his face.

After the debate and the recent endorsement of Biden by Cindy McCain, the widow of Sen. John McCain, it’s now time for former President George W. Bush to finally put an end to the Trump presidency by endorsing Joe Biden for President — and in doing so, save the country and the GOP from itself.
According to a New York Times report in the summer, Bush won’t support Trump’s reelection. A spokesman for Bush later told the Texas Tribune that the report was “completely made up” and that the former president “is retired from presidential politics and has not indicated how he will vote.” But here’s why it is so important for Bush to come forward and announce his unwavering support for Biden.
Some might say that the former president no longer represents today’s GOP as it has been more than a decade since he was in office. But with 2012 GOP presidential nominee Mitt Romney having been sidelined ever since he voted to impeach Trump in the Senate, the responsibility now rests squarely upon the shoulders of the former two-term President to set right a country that has found itself adrift. With the passing of his father, George W. Bush is the senior statesman of the Republican Party, and the only one who can guide it back to a more reasonable place from oblivion.
A 2018 CNN poll revealed that 61% of Americans had a favorable opinion of Bush, nearly double the 33% who gave him a favorable mark when he left the White House in 2009. Among Republicans, 76% had a favorable opinion of Bush, according to the poll. While down from a high of 88% among GOP voters in 2015, Bush clearly has a great deal of juice — especially with the more moderate and disaffected Republicans, who recall his father’s “kinder, gentler nation” speech.
This is a rare moment in history when it becomes incumbent upon a former president to perform a service that he alone is positioned and qualified to do: endorse the candidate from the opposing party to save democracy from a successor who has openly suggested he would work to erode the voting process.
In late July, we argued that our country should prepare for a period that would likely amount to the most consequential 100 days in American history. With the recent passing of Justice Ruth Bader Ginsburg, Trump’s all-out assault on the elections, his brazen stoking of racial tensions, coupled with his openly hostile approach to addressing a once-in-a-lifetime pandemic, our country is not only sailing into uncharted waters but is quickly approaching Scylla and Charybdis.
Historians have already earmarked his term as among the worst in our nation’s 244-year history. Trump has consistently risked American lives, jeopardized our national security, alienated longstanding allies while snuggling up to avowed adversaries, and denigrating the US military. He has repeatedly used his power to enrich himself and his family, which has resulted in an emolument lawsuit against him. He has seized upon national tragedies to divide the country for his own personal political gain and dragged the national discourse further and further into the gutter — setting a horrible example for the next generation of American leaders.

But Trump’s recent refusal to commit to a peaceful transfer of power should he lose the election, should be a bridge too far for any former president.

Bush’s endorsement of Biden would be something special. It would give lifelong Republicans already disgusted with Trump the political cover they need to pull the lever for Democrats — even if it’s just this one time. It’s not enough for Bush just not to come out for Trump.

A full-throated endorsement of Biden could be exactly what the country needs to deliver key pockets of GOP votes in battleground states necessary to deliver Biden an unassailable victory.

Moreover, by dealing what could be a lethal blow to Trump’s reelection, Bush would likely split his party in two and set the stage for the Republican Party of the future. Trump has co-opted and coerced the party into submission and twisted it beyond recognition. As much as we want Democrats to win tough elections, the reality is that we need a vibrant two-party system that at least agrees on the basic principles of the democratic institutions that control and govern our country.

A Bush endorsement of Biden for president could also open the door for other prominent GOP figures to follow the former President’s lead. A firm and unmistakable repudiation of Trump at the ballot box this November could prompt part of the GOP to rebuild itself in the molds of Bush, his father and Ronald Reagan before him.

Politics is bigger than a single person or a single party. It is about doing right by America and the American people. George W. Bush now has the opportunity to shift history and write a new chapter in his life story. He can help save the republic for which we stand. 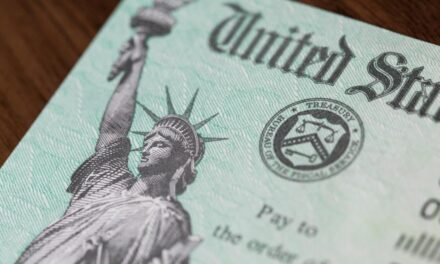 Stimulus checks won’t be taxed, but unemployment benefits will be