On any given day over the past two years, visitors to the home page of RealClearPolitics were likely to see its famous average of political polls, a roundup of news and center-right commentary—and, near the bottom, a link or two to stories from RT.com.

The provenance of the RT headlines was obscured. Readers didn’t immediately know they were clicking on headlines from a Russian state-backed publication that American intelligence officials considered the Kremlin’s “principal international propaganda outlet.” The news organization, once known as Russia Today, was a central player in Russia’s efforts to disrupt the 2016 U.S. presidential election.

The U.S. intelligence community’s assessment of the Russian efforts created a backlash against social-media companies, which were accused of providing platforms for a misinformation campaign aimed at influencing voters.

and others have since implemented changes to limit the reach of state-run media.

Yet RT continues to draw a large American audience, helped unwittingly by some of America’s most prominent conservative websites. The reason: Those news outlets agreed to join a distribution network that allows other members’ content to be displayed on their home pages.

The company responsible for RT’s presence on RealClearPolitics is Mixi.Media. Since its launch in 2018, Mixi has assembled a network of right-leaning publishers, including National Review, The Daily Caller and Newsmax, as well as mainstream sites like RealClearPolitics. Also in Mixi’s fold are RT and another Russian state-backed outlet, Sputnik.

The inclusion of state-run media has allowed Russia’s propaganda machine to spread its message across the online news landscape in the U.S. while escaping the attention that came to Facebook and Twitter. While the links that Mixi places on its partners’ websites often appear under headings such as “From Our Partners,” the source isn’t always clear until after the headline has been clicked. That is by design.

“If [readers] see RT, they are going to freak out,” said Alex Baron, Mixi’s founder.

Mixi has other ties to Russia, though it isn’t clear if they have anything to do with RT’s presence on the network. Mr. Baron is an associate of Russian private-equity magnate Victor Remsha and there are some technical connections between Mixi and properties owned by Mr. Remsha.

In interviews with The Wall Street Journal, Mr. Baron has said Mixi doesn’t have any ties with Mr. Remsha’s firms and he doesn’t agree with RT’s politics. The 33-year-old, who runs Mixi as a side venture to his day job as a tech director at AccuWeather, said he pursued a partnership with the outlet because he thought it would help Mixi grow.

What is clear is the partnership has been fruitful for both. Mixi is the largest source of RT’s “referral traffic” in the U.S., delivering 19% of visitors coming from other websites in July, not including social media, according to web analytics firm SimilarWeb. Mixi is delivering more U.S. traffic to RT than YouTube, Reddit and Drudge Report and, at one point this year, Twitter. July was the last month before some of Mixi’s partners began to drop out of or pull back from the network after being contacted by the Journal for this story.

“This is an information laundering system where you can put RT or Sputnik or whatever inside a panel of legitimate outlets in the U.S., and people don’t realize what they are coming onto,” said Clint Watts, a former special agent at the Federal Bureau of Investigation and senior fellow at the Foreign Policy Research Institute studying social-media influence. “The attribution is so obscure that you don’t know who the hell it is.”

Social-media companies have been tightening their policies on misinformation and propaganda since 2017. Google’s YouTube added labels to state-run media, including RT, in 2018. Facebook took similar action this June. In August, Twitter started labeling RT and other state-run media and stopped including their content on various recommendation systems, effectively making those tweets harder to find.

Anna Belkina, RT’s deputy editor in chief, has denounced as “blatantly discriminatory” social-media companies’ moves to label RT and other state media. RT has denied working on behalf of the Kremlin.

Some publishers hosting Mixi’s traffic exchange on their websites say they weren’t aware RT was part of Mixi’s network. Following the Journal’s inquiries about Mixi and RT’s inclusion in its network, two of those publishers, The Blaze and 247WallSt, said they removed the Mixi-run section from their sites.

Mixi’s system works like this: When readers click on a Mixi headline, they first land on a “transit” page on Mixi’s own website. That page will feature another link to the original headline along with headlines from various publishers that Mixi aggregates. Users sometimes click on multiple links on the transit page, boosting traffic for the entire network. Publishers don’t pay to be part of Mixi’s network. Mixi makes money from ads on the transit page.

Taboola, a much larger content-recommendation company, also has RT in its network, but Mixi drives a lot more traffic to RT, according to SimilarWeb.

Mr. Baron began working for Mr. Remsha, the Russian private-equity magnate, in 2014 at WhoTrades, a New York-based online brokerage firm. The next year, he moved to another of Mr. Remsha’s U.S.-based holdings, a content-recommendation network called Ideal Media Inc. that functioned much like Mixi.

Ideal lost money and required additional investment. Around 2017, it was purchased by MGID, another company backed by Mr. Remsha, according to Mr. Baron and other people familiar with the matter. Mr. Baron was fired in March 2018 and accused by Ideal of stealing money, contracts and equipment, according to court documents from litigation that ensued.

Lawyers for Mr. Baron, who denied the allegations and said Ideal owed him the money, described Mr. Remsha in court documents as “a Russian oligarch billionaire with ties to Russian President

Mr. Baron initially told the Journal that Mixi didn’t have any links to Mr. Remsha’s firms. After the Journal sent examples of code on Mixi’s site that had been communicating with the servers of Mr. Remsha’s Finam and smi2, Mr. Baron said Mixi removed the code. He said his hosting infrastructure doesn’t overlap with Finam’s and he doesn’t know why the IP addresses would overlap.

Mr. Remsha said he wasn’t aware of any ongoing technical connections between Mixi and smi2. He said he isn’t involved in Russian politics, and that he doesn’t believe Mr. Baron is involved in politics either. He added he was “not so much involved in the process” of the lawsuit against Mr. Baron, although he was aware of it “at a high level.”

Should social-media networks regulate content on their platforms? Join the conversation below.

To launch Mixi, Mr. Baron tried to rebuild a network with many of the same partners as Ideal’s. Several mainstream media outlets didn’t participate. MarketWatch experimented for a few months in 2019 but declined to continue, people familiar with the partnership said. MarketWatch and the Journal are both owned by News Corp.

Mr. Baron said he knows RT is the most controversial of his roughly three dozen partners, but that he pursued the publication for years because it is such a big force on the internet.

He said he is beginning to regret its place in the network in light of how other partners have responded. “I kind of wish I never went into business with RT,” he said.

RealClearPolitics, ZeroHedge and Newsmax, three of the top 10 recipients of Mixi’s traffic, have had RT stories appear recently in their content-recommendation sections operated by Mixi.

“We do not have editorial control over all the content in third-party advertising widgets and routinely attempt to block inappropriate advertising content,” he said.

A ZeroHedge spokesman said it doesn’t track content promoted by Mixi or the traffic it provides because it is among “countless” recommendation partnerships the site uses. Newser didn’t respond to requests for comment.

Newsmax CEO Christopher Ruddy said he had “no idea” that Mixi was putting RT stories on his site.

Following the Journal’s inquiry, 247WallSt, a financial news and opinion publisher, said it was taking the Mixi section off its site because it was initially unaware that Russia-backed publishers or right-leaning sites like ZeroHedge were among its partners, editor in chief Douglas McIntyre said.

“I was very upfront about RT with everyone,” Mr. Baron said, adding that the network delivers more traffic for partners who don’t limit what publications Mixi can promote.

—Lisa Schwartz contributed to this article. 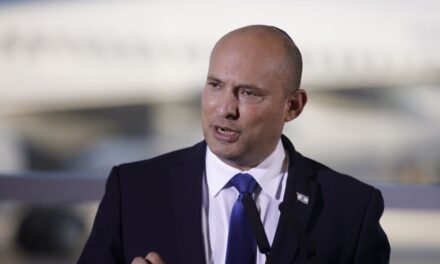 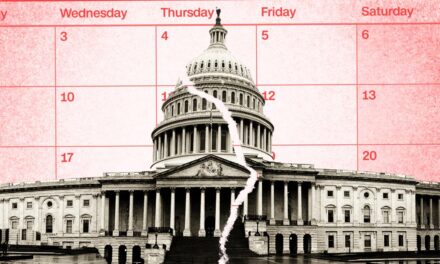 Why Democrats want to change the Senate’s filibuster rules 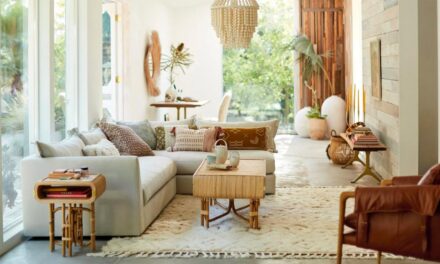 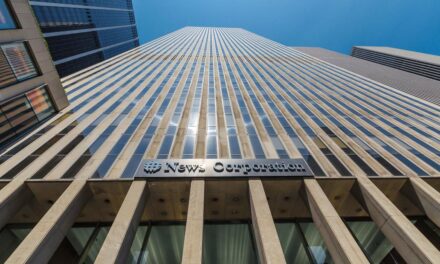