Global markets and US stock futures are rising after Trump’s physicians said that the president could be discharged from Walter Reed National Medical Center as early as Monday. A quick recovery could ease some of the huge uncertainty surrounding the US election with just four weeks left in the campaign.
In Asia, Japan’s Nikkei 225 (N225) rose more than 1.2%. South Korea’s Kospi (KOSPI) and Hong Kong’s Hang Seng (HSI), which were closed at the end of last week for public holidays, each ticked up roughly 1.3%. China’s Shanghai Composite remains closed for Golden Week celebrations.
European stocks followed those gains, with the FTSE 100 (UKX) advancing 0.4% in London. France’s CAC 40 (CAC40) and Germany’s DAX (DAX) increased 0.6% and 0.5%, respectively.
Wall Street seems poised to join the rally, too. Futures for the Dow (INDU), S&P 500 (SPX) and Nasdaq (COMP) each rose between 0.4% and 0.6%.
The positive outlook marks a reversal from last Friday, when stocks around the global tumbled after Trump tweeted that he had tested positive for a virus that has now killed more than 1 million people worldwide and infected tens of millions of others.
Various reports over the weekend sowed confusion about Trump’s condition. While his physicians on Saturday said the president was “doing very well,” chief of staff Mark Meadows later told reporters that Trump’s vitals were “very concerning.”
Then on Sunday, Trump left Walter Reed with his security detail so he could ride in an SUV past his supporters — a stunt that one physician at Walter Reed said displayed an “astounding” level of irresponsibility. (The physician, Dr. James Phillips, has not participated in the care of the president.)

“It is no surprise to see the reaction today … after the president’s better-than-expected Covid prognosis,” wrote Stephen Innes, chief global markets strategist at Axi, in a Monday research note.

Trump’s improving health is likely not the dominant factor driving markets Monday, though, said Hussein Sayed, chief market strategist at FXTM. He added that investors may be placing their hopes in a new US stimulus package. A massive economic plan to provide financial relief from the virus has been in the works for some time, but its fate remained uncertain at the end of last week. Without fresh funding, US airlines said they were forced to move forward with major job cuts.

“This is not yet priced into markets but if new convincing fiscal measures are announced this week, expect to see a further rally in risk assets and some pressure on the US dollar,” Sayed wrote in a Monday note.

U.S. Q3 GDP Is A Blockbuster But There’s Not Much To Celebrate : NPR 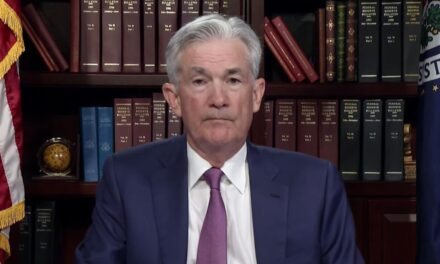 The Fed is about to wind down its emergency economic stimulus, Jerome Powell hints

Premarket stocks: What would a contested US election mean for investors?

Premarket stocks: Banks want to pull the levers of global finance for good