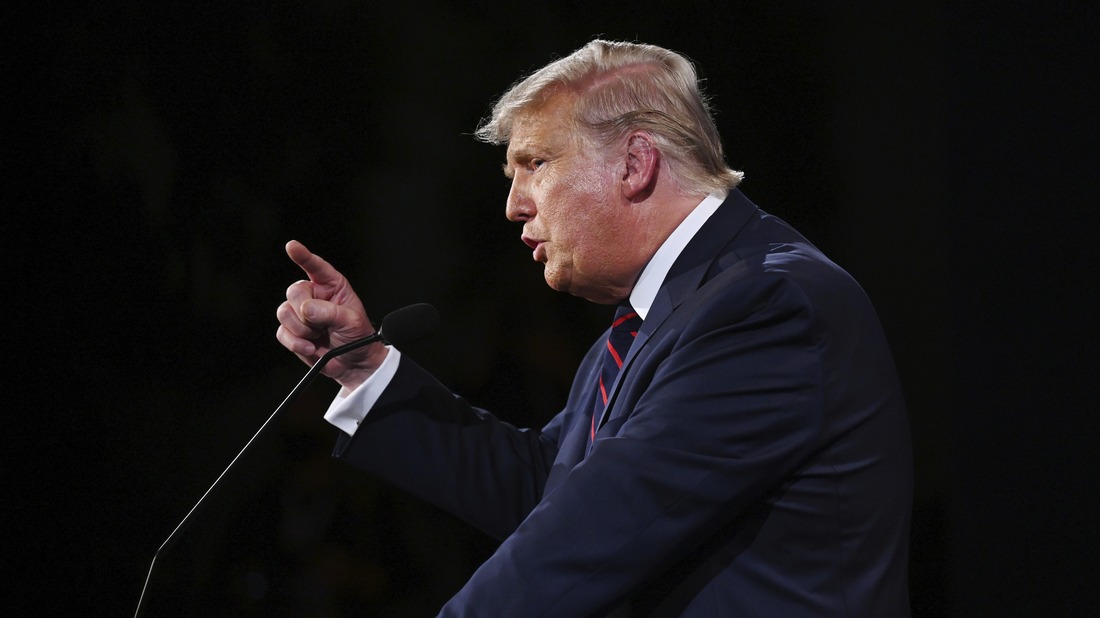 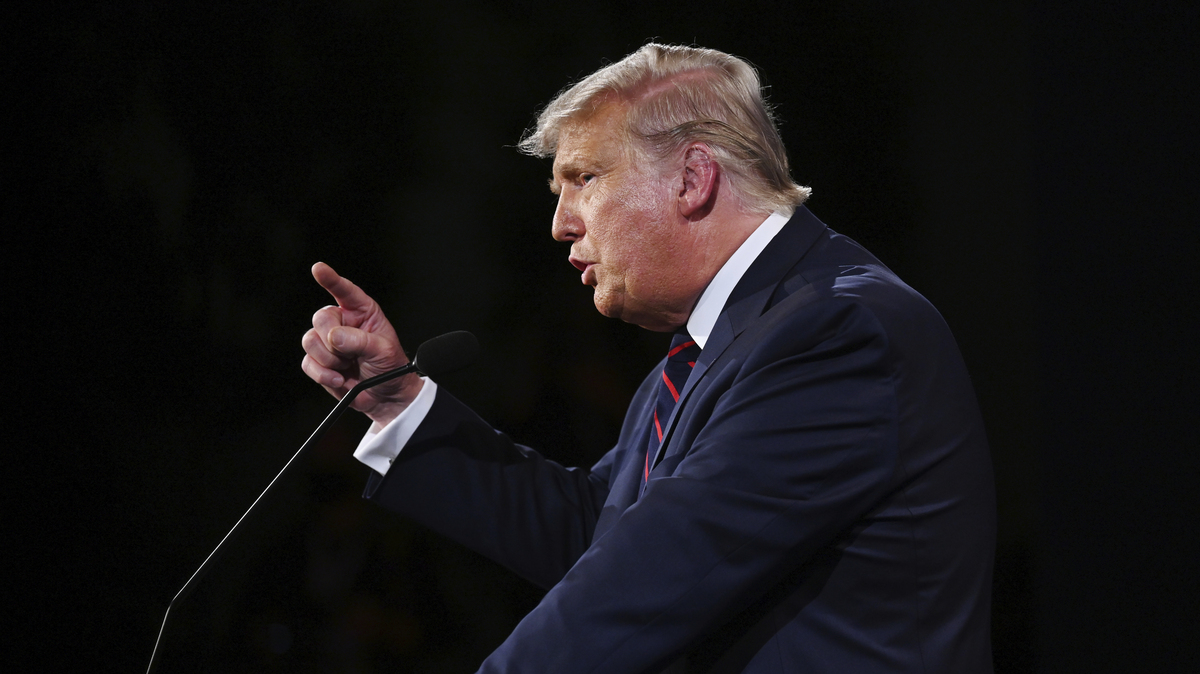 President Trump’s hesitation, once again, to denounce white supremacy during Tuesday’s debate is drawing quick condemnation from anti-racism activists — as are his unusual comments directed at a white supremacist group called the Proud Boys.

During an exchange on the debate stage, moderator Chris Wallace repeatedly asked Trump if he would condemn white supremacists. Trump initially sidestepped that question, claiming that he mostly sees violence “from the left wing.”

Trump eventually responded to Wallace’s question by referring to a white supremacist group, saying, “Proud Boys, stand back, stand by. But I’ll tell you what: Somebody’s got to do something about Antifa and the left.”

Here is the exchange:

WALLACE: You have repeatedly criticized the vice president for not specifically calling out antifa and other left-wing extremist groups. But are you willing, tonight, to condemn white supremacists and militia groups and to say that they need to stand down and not add to the violence in a number of these cities as we saw in Kenosha and as we’ve seen in Portland? Are you prepared to specifically do that?

TRUMP: Sure, I’m prepared to do that. But I would say almost everything I see is from the left wing, not from the right wing. If you look, I’m willing to do anything. I want to see peace.

WALLACE: Then do it, sir.

TRUMP: Proud Boys, stand back and stand by. But I’ll tell you what, somebody’s got to do something about antifa and the left. Because this is not a right-wing problem, this is a left-wing problem.

BIDEN: His own FBI director said … Antifa is an idea, not an organization. Not militias.

TRUMP: Oh, you gotta be kidding.

BIDEN: His FBI director said that.

BIDEN: Everybody in your administration.

TRUMP: When a bat hits you over the head, that’s not an idea. Antifa is bad.

BIDEN: Everybody who tells you the truth in your administration has a bad idea.

TRUMP: Antifa is a dangerous, radical group, and you ought to be careful with them. They’ll overthrow you.

The federal government has deemed white supremacist terrorism among the most serious threats facing the nation. In testimony this month to the House Homeland Security Committee, FBI Director Christopher Wray said the majority of domestic terrorism threats and violence comes from “racially motivated violent extremism,” mostly from people who subscribe to white supremacist ideologies.

Contradicting Trump’s characterization, Wray described antifa as an ideology or movement rather than an organized group and said the FBI was investigating some cases involving people who self-identify with antifa. But he said the protest-related violence doesn’t appear to be organized or connected to one group. Protests for racial justice have at times turned violent but have largely been peaceful.

Quickly, as noted by Alex Kaplan of Media Matters, internet users created memes that appeared to marry support for the Proud Boys with Trump’s remarks.

The Anti-Defamation League’s Jonathan Greenblatt, meanwhile, has called for Trump to apologize for that statement or explain what he meant.

It’s astonishing that, when asked a simple question, will you condemn white supremacists, @POTUS responded – “The Proud Boys should stand back and stand by.” Trying to determine if this was an answer or an admission. @POTUS owes America an apology or an explanation. Now. https://t.co/9tgufXom9K

The exchange came not long after former Vice President Joe Biden recalled the memory of deadly white supremacist violence that broke out in Charlottesville, Va., in August 2017 — a moment Biden has said was pivotal in his decision to challenge Trump for the presidency.

“Close your eyes, remember what those people looked like coming out of the fields, carrying torches, their veins bulging, just spewing anti-Semitic bile,” Biden said. “And the president said there were ‘very fine people on both sides.’ No president has ever said anything like that.”

Biden is referring to Trump’s comments responding to the violence, where he indeed said there were “very fine people on both sides” of the clash between white supremacists and counter-protesters. Trump later said he was referring to both anti-racist counter-protesters and those in Charlottesville who opposed the removal of Confederate monuments.

Politifact called the statement a situation where “context is needed.”

Trump has a history of refusing to quickly denounce racism and white nationalism, and then backpedaling.

During the 2016 campaign, he was forced to issue a clarification on Twitter after initially refusing to condemn former KKK leader David Duke. 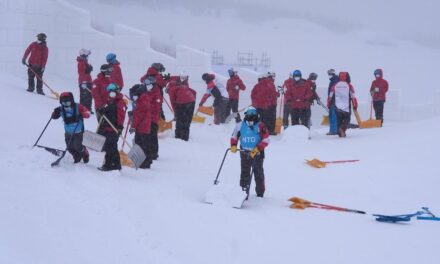 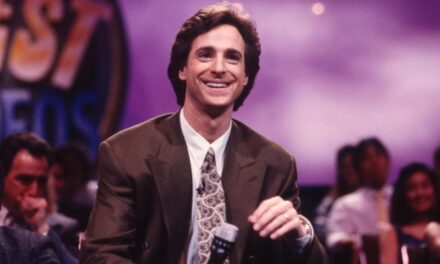 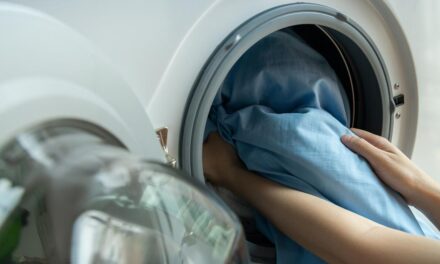 How — and how often — to wash sheets and comforters, according to experts 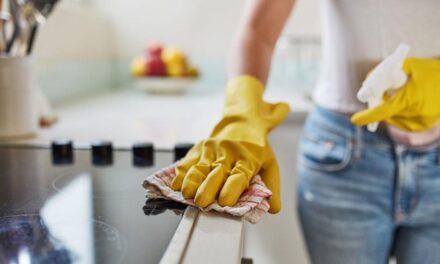 How to clean everything in your life, according to our experts