Pelosi and Mnuchin have spoken several times in recent days, including Monday night and plan to again on Tuesday. And while most on Capitol Hill are deeply skeptical a deal can be reached, both Pelosi and Mnuchin have aligned interests: The speaker is facing growing pressure from vulnerable House Democrats, particularly freshman, to cut a deal immediately while President Donald Trump wants a legislative accomplishment to tout in the final weeks of the intensely fought campaign.

But the House speaker has made contingency plans in case the effort falls apart: She and her top lieutenants on Monday night unveiled a $2.2 trillion plan, down from the $3.4 trillion measure that passed the House largely along party lines in May and has since been ignored by the GOP-led Senate.

That price tag for the bill is still far too high for the White House and Senate Republicans, who tried to advance a $500 billion plan this month that was blocked by Democrats over concerns it didn’t go far enough.

According to a summary of the new House Democratic plan released Monday night, the measure includes several of the pillars of the Heroes Act that passed the chamber in May — but with a shorter timeframe, in a bid to reduce the overall cost.

The pared-back legislation would include another round of $1,200 stimulus payments to certain individuals under an income threshold, more money for the Paycheck Protection Program for small businesses, more aid to the US Postal Service, $75 billion for coronavirus testing and contact tracing, as well restoring the $600 a week additional unemployment assistance that expired in July. After pushing a plan for roughly $1 trillion in state and local aid in the last proposal, an idea roundly rejected by the White House, Pelosi and Democrats are now proposing $436 billion for state, local and tribal governments over one year.

“This $2.2 trillion Heroes Act provides the absolutely needed resources to protect lives, livelihoods and the life of our democracy over the coming months,” Pelosi said in a statement announcing the legislation. “It includes new funding needed to avert catastrophe for schools, small businesses, restaurants, performance spaces, airline workers and others.”

Munchin and Pelosi spoke Monday night as part of negotiations to find a deal before lawmakers leave Washington next month to campaign for reelection, though Pelosi has said she’s prepared to bring lawmakers back if they strike a deal. If the new package does reach the House floor this week, it’s a clear sign that her talks with Mnuchin have collapsed, and she is instead moving to give vulnerable House Democrats a chance to vote for another aid package before going back home for the home stretch of the campaign.

But some Democrats in swing districts have been irked at Pelosi for throwing cold water on a plan pushed by the bipartisan Problem Solvers Caucus, which proposed spending between $1.5 trillion-$2 trillion, and had been greeted warmly by the White House.

“If it’s a messaging exercise, it’s worthless,” Rep. Dean Phillips, a freshman Democrat from Minnesota who helped draft the Problem Solvers’ bill, told CNN of the talk about bringing up a scaled-back Democratic bill.

With the stimulus plan now law, Biden and congressional Democrats gear up to sell it to the public. 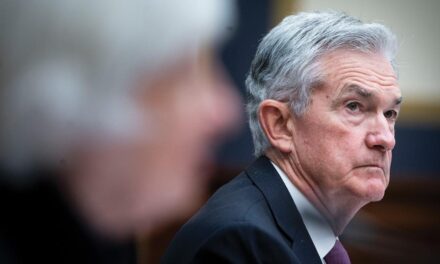 The Fed begins stepping on the economic stimulus brakes