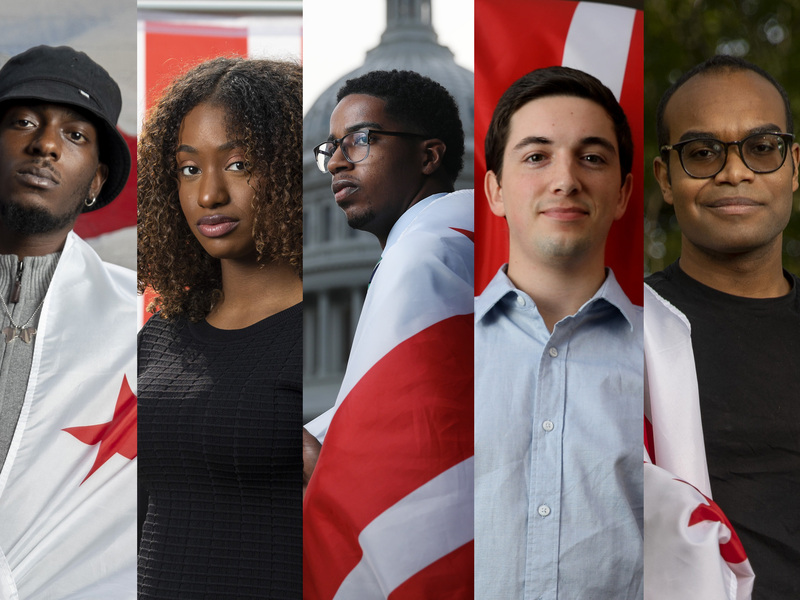 On a recent weekday evening, about 60 young activists from across the country logged onto a Zoom meeting. They were preparing for a virtual lobbying day, when they’d meet with their U.S. senators about making Washington, D.C., the 51st state.

“You have to be confident,” Demi Stratmon, 22, told the group. Stratmon works for 51 for 51, a D.C. statehood organization. “They are your elected officials, and you have the right to speak with them,” she says.

Stratmon and her fellow Washingtonians — more than 700,000 of them — don’t have any senators to lobby themselves. The District’s representative to Congress, Del. Eleanor Holmes Norton, can’t vote on final versions of bills. Congress also has the power to change D.C.’s budget and local laws.

Like the rest of the young Zoom participants, Stratmon thinks the best way to fix D.C.’s lack of representation is to make it a state.

The importance of full statehood hit home for another young advocate, Ty Hobson-Powell, this past spring. D.C. received about half the amount of federal funding for COVID-19 relief as the 50 states, even though the city has a larger population than two states (Vermont and Wyoming) and at the time had more COVID-19 cases than at least 19 states.

Another one of his priorities, along with many of his fellow young advocates, is racial justice. The population of Washington, D.C. is 46% Black, and Hobson-Powell believes racism plays into some politicians’ unwillingness to consider statehood.

“We are a city of Black and Brown people,” Hobson-Powell said. “To ignore the racism attached to our lack of statehood would be hard to do.” In August, he brought that same message to a national audience when he spoke at the Lincoln Memorial during the March on Washington.

Statehood hasn’t always been a magnet for young progressive advocates. As recently as a decade ago, it was seen as a political dead end — even leading local politicians didn’t make statehood a priority.

But in this hyper-partisan time, the cause has gained significant traction among Democratic politicians. The House of Representatives passed H.R. 51 this summer — the first time a chamber of Congress has ever passed legislation making D.C. the 51st state. And the Democratic National Party made statehood part of its 2020 party platform.

Despite the buzz, statehood is still far from a sure bet. Even if Democrats take control of the Senate and White House in November, a new law making D.C. a state will face legal challenges. Some constitutional scholars argue Congress doesn’t have the constitutional authority to grant D.C. statehood. And a Gallup poll last year found that 64% of people said they opposed making the District the 51st state.

That’s why D.C.’s cadre of young advocates have made it their mission to educate Americans outside the District. They travel to battleground states to meet with swing voters. They organize lobbying days for young advocates to connect with their representatives. And they try to get non-Washingtonians studying in D.C. on board with the cause.

Noah Wills, 24, moved to D.C. from Pennsylvania to attend American University. He now runs Students for D.C. Statehood, an organization focused on mobilizing high school and college students. He calls out-of-state students in DC. “the gateway to the rest of the country.”

“I took my representation for granted before I moved to D.C.,” he said. Now, when he goes home to visit family in Pennsylvania, all he talks about is statehood.

This story is part of 51st, a six-part podcast series from member station WAMU about Washingtonians’ fight for representation. 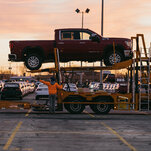 Supply Chain Snarls for Cars on Display at a Kansas Terminal 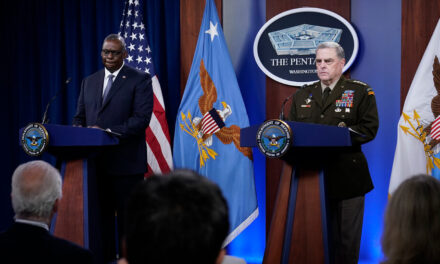 U.S. Military Is Wary of Working With Taliban Against ISIS-K 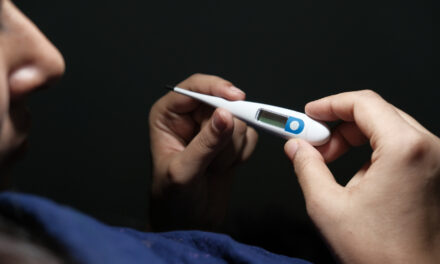 I Got A ‘Mild’ Breakthrough Case. Here’s What I Wish I’d Known