Meng Wanzhou: The PowerPoint that sparked an international row


When Meng Wanzhou’s flight landed in Vancouver on 1 December 2018, she was expecting to make only a brief stopover. But nearly two years on, the chief financial officer of Huawei and daughter of the telecoms giant’s founder looks set for a prolonged stay – placing considerable strain on relations between Canada and China.

The next round of hearings in a protracted legal battle over her extradition to the US begin on Monday.

Those involved say the whole process could drag on for as long as a decade, leaving Canada caught in the escalating tension between Washington and Beijing, focused on one of China’s most prominent companies.

At the centre of the story is a sixteen-page corporate PowerPoint presentation.

Vancouver stopover and an arrest

When her plane from Hong Kong landed, Meng Wanzhou planned to go to a house she owned in the Canadian city to collect some luggage before catching another flight to Mexico for a corporate meeting.

But instead she was questioned by Canadian border security agents for three hours as her phone was seized and luggage searched.

When that was over, she was formally admitted into Canada. It was at this point that the Royal Canadian Mounted Police moved in and arrested her because of an extradition request filed by the US.

The US wants Ms Meng to stand trial on charges including fraud linked to the alleged violation of US sanctions against Iran, allegations she denies.

A PowerPoint at the heart of the case

The PowerPoint was used by Ms Meng at a meeting with the bank HSBC on 22 August 2013, and is seen as key evidence against her.

Reuters news reports in the preceding months had raised questions about whether there had been a breach of trade sanctions on Iran by Hong Kong-based firm Skycom.

At issue was whether Skycom, a telecoms equipment seller, was simply a business partner of Huawei’s – or a front for it to conceal its activities in Iran.

The US alleges that in the meeting – the one with the PowerPoint presentation – Ms Meng misled HSBC over the true nature of Huawei’s relationship with Skycom and this, in turn, put the bank at risk of violating sanctions against Iran.

Her lawyers say the US misled the court, in particular about the PowerPoint, by omitting key information on two slides which showed HSBC was not, in fact, being kept in the dark about the true nature of the Skycom/Huawei relationship.

The extradition hearings are ongoing, and Ms Meng’s lawyers have launched a multi-pronged attack on the US extradition request itself.

An initial attempt to claim that the crime for which she is charged in the US is not a crime in Canada failed (although that can be appealed).

Another challenge centres on politics around the case.

Her lawyers claim that comments by US President Donald Trump, which indicated a willingness to use the case as a bargaining chip in trade negotiations with China, constitute an abuse of process.

A further challenge relates to her treatment at the airport in Vancouver. Her lawyers argue there was an abuse of process in the way she was treated.

They are fighting to have certain documents disclosed, including from the Canadian Security Intelligence Service, a national intelligence service, and are seeking to uncover what role US officials might have played in her arrest at the time.

A judge has already turned down requests for some documents, which could in turn be appealed.

The result of all this is a legal process which will keep lawyers busy but is unlikely to move quickly.

Ms Meng’s lawyers’ preference would clearly be for them to win and get her back to China as soon as possible. But if that does not look likely and they suffer a series of defeats, they could shift to preventing her being sent to the US, which would involve drawing out the legal process.

With so many different strands to a case that is already highly unusual, and the possibility of appeals, the best estimate from some close to the case is that this could take at least five and up to 10 years.

While the legal process plays out, the impact of the case has rippled far and wide.

The arrest of such a high-profile business figure led to anger in China, and this month the country’s ambassador said Canada had been “taken advantage of” and made an “accomplice” by America as Washington carried out a “barbaric act of bullying”.

HSBC has been put in a difficult position with Chinese media questioning how far the bank co-operated with the US in building a case they describe as a politically driven trap.

The bank, already caught between the West and China over its stance on Hong Kong, has maintained it only did what it was legally required to do and that there was no entrapment.

The case also raises broader questions over which countries might arrest business executives if they were to receive requests from the US. That may worry Huawei executives and limit their travel and also concern governments who could find themselves caught between the US and China.

And it has led to concern that Western businessmen and other travellers could find themselves detained by China to be used as bargaining chips.

China has denied any link but the pair’s detention has been widely interpreted as a direct response to Ms Meng’s arrest.

This month a group of former Canadian diplomats called on Prime Minister Justin Trudeau to negotiate a swap of Ms Meng for the two men.

Mr Trudeau has previously criticised the use of “arbitrary detention as a tool to achieve political goals” and has said that halting her extradition could place more Canadians at risk.

Canada is wary of being seen as pushed into short-circuiting a legal process, and is also conscious that this could risk the ire of the Trump administration, which is set on a tougher line on China.

Washington seems unlikely at the moment to drop its case at its fights a multi-pronged offensive against Huawei specifically and China more generally.

It is possible the political dynamics could change over time, including after November’s US presidential election.

But for the moment, Ms Meng’s stay in Canada shows no sign of ending soon – or of becoming any less controversial. 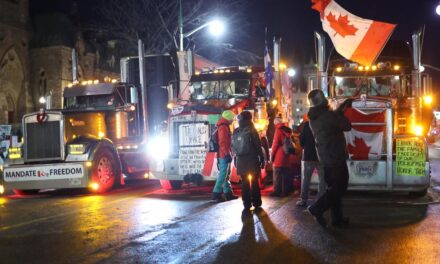 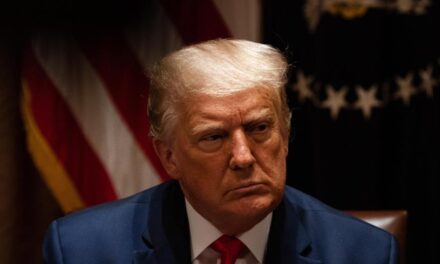 Opinion: What Trump’s loss at the Supreme Court means for the future of democracy

W. Kamau Bell: Few things say ‘the US economy is broken’ more than this 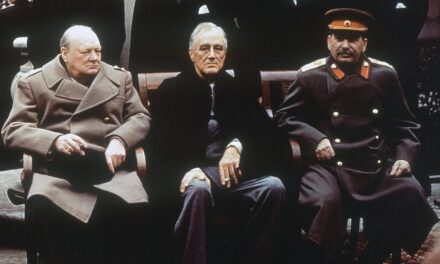 In pictures: The history of the Cold War