Both sides need to reach a deal to avoid a shutdown by the end of September. But the matter is complicated because the two sides are stuck in a bitter impasse over stimulus legislation to prop up the flagging economy amid the coronavirus pandemic. The two issues — keeping the government open past Sept. 30 and providing relief to struggling Americans — are bound to collide just weeks before a hugely consequential election.
The White House has informed lawmakers that it wants a stop-gap measure to keep the government afloat until mid-December during the lame-duck session of Congress, sources said. That would ensure the current Congress — with the Senate controlled by Republicans and the House run by Democrats — would have to approve a bill and get it signed by President Donald Trump even if he loses the election.
But a longer stop-gap measure into next year, known as a continuing resolution, could be more beneficial to Democrats if Joe Biden wins the presidency and if their party wins back the Senate in November.

Sources familiar with the matter told CNN that Democratic leaders are discussing proposing a continuing resolution that would expire in mid-March. That would potentially allow a President Biden and Senate Democrats to play a major role in the next round of government funding shortly after taking office, assuming their party wins this fall.

But a senior Democratic aide told CNN the party leadership has not had in-depth discussions about the length of the stop-gap measure and “no decisions have been made.”

Negotiations have yet to begin in earnest over the funding legislation as the two sides are still battling over a stimulus plan. House Speaker Nancy Pelosi has proposed reducing her price tag for a new stimulus plan to $2.2 trillion — but that has been rejected by the White House and GOP leaders.

And next week, Senate Republicans are expected to try to advance their $500 billion relief plan, a measure Senate Minority Leader Chuck Schumer calls “anemic” and has the votes to block.

Once the GOP stimulus plan stalls in the Senate, then talks over government funding are bound to intensify and will likely center around the length of the stop-gap measure and whether it should include economic relief like an extension of jobless benefits, aid to schools and rental assistance for people facing eviction — or if it should be free of any of those items.

Both sides insist they don’t want the government to shut down and are hopeful a deal to keep agencies funded can be reached before they run out of money on Oct. 1.

But both sides also plainly acknowledge it’s unclear what a deal will look like and that the talks are bound to get acrimonious.

Asked before the Senate adjourned for its August recess whether he’s worried about a government shutdown in the fall, Senate Majority Leader Mitch McConnell told CNN: “No.”

She lost her job in the pandemic. She can’t even afford the dollar store to feed her kids

41% of European consumers unable to access financial services during lockdown 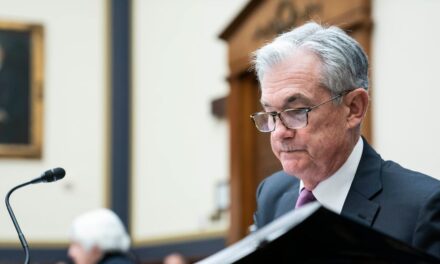