The most powerful elected US Democrat, Nancy Pelosi, has been pictured in an indoor hair salon in San Francisco, in breach of coronavirus-prevention rules.

Ms Pelosi was also seen with a face mask around her neck rather than over her mouth. She has criticised President Donald Trump for not wearing a mask.

A spokesman for California Democrats said she did not realise she was breaking her home city’s rules.

The footage obtained by Fox News showed the House of Representatives speaker inside the premises of eSalon on Monday.

A stylist, who was wearing a mask, was shown following her.Thousands of California businesses have shut permanently amid virus curbs.

Mrs Pelosi – who always wears masks in public – often admonishes Republicans to “listen to the science” on the pandemic.

Defending her visit, spokesman Drew Hammill said in a statement: “This business offered for the Speaker to come in on Monday and told her they were allowed by the city to have one customer at a time in the business.”

“The Speaker complied with the rules as presented to her by this establishment.”

Thousands of California businesses have shut permanently amid virus curbs.

After Monday’s appointment, the House speaker appeared on MSNBC with the Golden Gate Bridge in the background.

She told the network that Mr Trump had “slapped science right in the face” last week by allowing an audience of mainly mask-less invitees on the White House lawn to watch his speech to the Republican convention.

The salon owner, Erica Kious, told Fox News she rents chairs to a stylist, who notified her that Mrs Pelosi’s assistant had called, saying her boss wanted to come in for a wash and blow dry.

Ms Kious told the cable network: “It was a slap in the face that she went in, you know, that she feels that she can just go and get her stuff done while no one else can go in, and I can’t work.”

More than 5,000 businesses in the San Francisco Bay area alone have closed since March, over 2,000 of them permanently, during the pandemic, according to a recent study of Yelp data.

Outdoor haircuts were allowed in California from Tuesday, under new rules announced by the mayor, but indoor salons remain shut.

Senate Republicans suggested the House speaker was a hypocrite.

They tweeted: “Speaker Pelosi has pushed policies that would keep our economy closed and our small businesses shut down.

“But for herself? A salon visit whenever she pleases.”

The House speaker has previously said Republicans could help create the conditions to safely reopen if they would only “listen to the scientists”.

The coronavirus outbreak has infected more than six million people in the US, while some 185,000 deaths have been recorded. 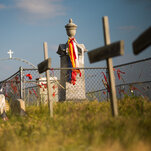 10 Years After Fukushima Disaster, This Nurse May Be the Region’s Best Hope 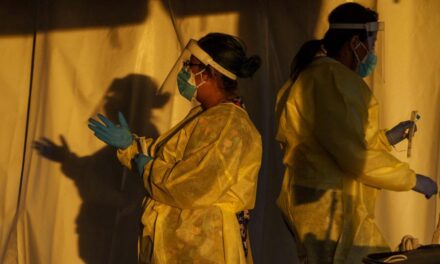 There have been more than 200,000 Covid-19 deaths among people age 85 and older, according to CDC data 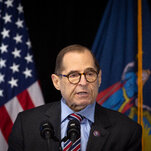 Why NY’s 10th Congressional District Would Snake Through NYC