Here’s what you need to know:

Most unemployed Americans would go back to work if given the opportunity, even if the government made jobless benefits more generous, according to a new survey.

The Gallup survey was conducted in early August, days after the expiration of the $600 a week in extra benefits that the federal government had been paying out to jobless workers during the pandemic. More than 400 respondents who were receiving unemployment benefits were asked whether they would return to their previous jobs if the payments were reinstated at a lower level. More than 80 percent said they were “very likely” or “somewhat likely” to go back to work.

Sonal Desai, chief investment officer of Franklin Templeton Fixed Income, a partner with Gallup on the survey, said the results might look surprising at first. But jobless Americans have good reason to prefer going back to work. The expiration of the earlier $600 supplement was a potent reminder that benefits are temporary. And with the unemployment rate still above 10 percent, there is lots of competition for available jobs.

“You’ve got literally millions of people who have been sidelined, so especially if you’re in the restaurant or hospitality business, you would be worried that if you didn’t go back that someone else would take your job,” Ms. Desai said.

Other recent research has also found that the extra jobless benefits did not discourage people from returning to work in significant numbers. And recent economic data does not suggest that jobless Americans have rushed back to work since the $600 benefit expired.

Democrats and Republicans don’t agree on much these days. But they agree on this: They would like the government to send them money.

According to a survey of 5,000 adults conducted in early August by Gallup and Franklin Templeton, the investment firm, 70 percent of Americans believe the federal government should send a second round of direct cash payments.About 82 percent of Democrats and 64 percent of Republicans supported such a move.

The partisan divide over the size of a potential stimulus payment was even smaller. Among those who support another round of checks, about two-thirds across all partisan groups said the payments should be $900 or more, the largest option offered in the survey.

“At this point, with unemployment still quite high, it’s obvious that there’s not going to be an immediate recovery, so there’s still a lot of interest among both parties in continuing some form of relief,” said Jonathan Rothwell, principal economist for Gallup.

The earlier payments, which sent $1,200 per adult and $500 per child to most American households, were among the most popular components of the CARES Act, the emergency spending package passed in March.

But prospects for further payments are uncertain. House Democrats in May passed a bill that included another round of $1,200 checks, but Senate Republicans have refused to take up the measure and are divided over an alternative.

J.C. Penney’s advisers warned a bankruptcy judge in Texas on Monday that talks with buyers have hit a stalemate. The retailer now has until Sept. 10 to make a deal with a buyer, sell to its creditors or liquidate, today’s DealBook newsletter explains.

The department store operator’s survival hinges on a plan to carve out some of its best properties into a real estate investment trust, or REIT, and sell its retail business to a buyer that would keep stores open. Its lenders have steered the process since it filed for bankruptcy in May.

It thought it had found salvation in Brookfield Property Partners and Simon Property Group, after Hudson’s Bay Group and Sycamore Partners dropped out of the running. Brookfield and Simon both own malls with J.C. Penney stores as tenants, so a liquidation would hurt them. Still, the consortium of mall owners and J.C. Penney’s creditors have butted heads. Key sticking points include valuation and who has the right to redevelop mall space: Brookfield and Simon or the creditors. If creditors lose that right, any REIT would have less value.

Talks have been dragging for weeks. The bankruptcy judge overseeing the case told both sides that they were trying the court’s patience. The rebuke wasn’t enough: J.C. Penney’s lawyer, Kirkland & Ellis’s bankruptcy guru Josh Sussberg, told the court yesterday that the discussions with potential buyers had stalled, and the company would instead focus on a bid by lenders. It is unclear, though, whether the hedge funds that own J.C. Penney’s debt want to take over an ailing retail business during a pandemic.

Also of note: Mr. Sussberg said in the hearing that the retailer would shut even more stores.

At risk are some 70,000 jobs. A liquidation would also likely bring bad publicity for the hedge funds that have funded J.C. Penney’s bankruptcy. (Mr. Sussberg made sure to list the funds’ names, which included H/2 Capital, at an earlier hearing.) It would also be costly for Brookfield and Simon, but they may simply decide to take the hit and adjust to a new world in which malls are reborn as distribution centers.

If you like charts that go up and to the right, there is a lot to like in recent market moves, notes today’s DealBook newsletter.

Zoom’s latest quarterly earnings beat already high expectations — and raised them further. The videoconferencing company reported yesterday that revenue more than quadrupled in its most recent quarter, while profit was 30 times higher than a year ago. In premarket trading, Zoom’s shares are up nearly 40 percent, adding billions to the net worth of its chief executive, Eric Yuan.

Tesla’s stock is also soaring after its stock split. Monday’s five-for-one split had no effect on the company’s valuation, but the electric carmaker’s shares gained more than 12 percent on the day. Before the market opened on Tuesday, the company announced that it will raise up to $5 billion by selling new shares “from time to time.” Now seems like a good time to take advantage of the run-up in its stock price, which has made Tesla the seventh-largest listed company in the U.S. and Elon Musk, its chief executive, the world’s third-richest man (ahead of Mark Zuckerberg and closing in on Bill Gates).

The eurozone’s unemployment rate rose slightly in July to 7.9 percent, up from 7.2 percent in March, which was the lowest on record, according to data published on Tuesday.

Though government programs protected the jobs of a substantial portion of Europe’s work force during the height of the pandemic, unemployment is still rising. In July, 12.8 million people were unemployed, 500,000 more than a year ago. Several countries, including France and Germany, have said recently that they would extend some of the wage-protection benefits as large employers continued to announce the layoffs of thousands of workers.

The widespread use of furlough programs might also conceal the true impact of the pandemic on Europe’s labor market in the official data, which only records people who are unemployed and currently looking for new work.

The gradual increase in unemployment is difficult to interpret, said Claus Vistesen, an economist at Pantheon Macroeconomics, in a note. “It is just as likely that unemployment rose because people returned to the labor market — and were classified as job seekers — as it is that previously employed or furloughed workers have lost their job,” Mr. Vistesen said.

Of the countries that have reported so far, Spain, which is grappling with a resurgence in coronavirus cases, had the highest unemployment rate of 15.8 percent.

Separate data showed the annual rate of inflation turned negative in the eurozone — those nations that use the euro as their currency — for the first time since 2016.

Forty-one states are now signed up to provide their residents with an extra $300 or $400 in unemployment, according to the Federal Emergency Management Agency.

The benefit was originally envisioned by President Trump as an extra $400 to unemployed workers, with the federal government providing $300 and the states providing $100. But states balked at the additional cost, and now the states’ standard unemployment benefit is counted as their contribution. Workers who are not eligible for at least $100 in unemployment will not receive the additional benefit.

So far, only three states, Kentucky, Montana and West Virginia, have decided to supply the extra $100. Vermont’s plan to bring the total payment to $400 is awaiting approval from the state’s legislature.

South Dakota’s governor has said the state will not apply.

That leaves eight other states that have either not applied or have not been approved: Delaware, Illinois, Kansas, Nebraska, New Jersey, Nevada, Wisconsin and South Carolina. Delaware, Illinois, New Jersey, Nevada, South Carolina and Wisconsin say they have applied or will apply. Kansas says it has applied and intends to supply the extra $100 to bring the total payment to $400.

Most states won’t be able to start paying the benefit until mid-September or even October. And the payments are expected to last only four or five weeks.

As the coronavirus pandemic drags on, it is threatening an increasing number of small businesses — even many that were financially healthy before the crisis.

A wave of failures would prolong the recession, slow the recovery and perhaps enduringly reshape the American business landscape, accelerating corporate consolidation and the dominance of the biggest companies.

Federal initiatives have helped over the last five months. The Paycheck Protection Program provided hundreds of billions in loans and grants to businesses. A $1,200 tax rebate and a supplement to unemployment benefits provided billions more in spending money.

Now that aid is largely gone, and without more on the way, many businesses face a choice: try to hold on, or cut their losses? For the Cheers Replica bar in Faneuil Hall in Boston, the answer was to throw in the towel after nearly two decades in business.

“We just came to the conclusion, if we’re losing that much money in the summertime, what’s the winter going to look like?” said Markus Ripperger, president and chief executive of Hampshire House, the bar’s parent company.

“If we have to go through another shutdown or more restrictions, it’s going to be even worse for a lot more restaurants that are just barely scraping by,” he said. 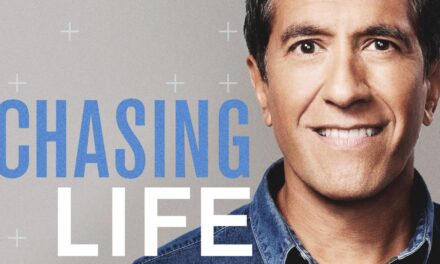 Hate waiting? Here’s how to make the inevitable a little less painful