The US just topped 6 million coronavirus cases in about 7 months. What happens next is up to you, Birx says

But there’s a bit of good news: “As a nation, we are clearly doing better now on the last day of August than we were on the first day of August,” said Dr. Ashish Jha, director of the Harvard Global Health Institute.

“(Daily) cases have come down. Deaths are starting to decline. Hospitalizations are down. This is good news, and it’s largely because of smart policies in Texas and Arizona and Florida around masking and closing bars,” Jha said.

“But there are still parts of the country where things are both bad and even getting worse. In the Dakotas, in Kansas and other states, we still see a lot of cases. And as a nation, we’re still seeing a lot of cases of coronavirus. So progress, but we have a long way to go.”

Many Americans are fed up with this pandemic, and some have let their guard down — especially when spending time with friends or family.

But that’s the opposite of what needs to happen, said White House coronavirus task force coordinator Dr. Deborah Birx.

“We know we can’t always be perfect. We know that we’ll put this message out about private gatherings and something will happen and you’ll realize you have been in a situation, you’ve been around people, you didn’t have your mask on,” Birx said.

“That is the time to make sure you’re protecting others in your household and around you by wearing a mask when you’re around them, even if they’re family.”

“Right now, we gain freedom through wearing our masks and socially distancing,” she said.

Mass gatherings such as the recent motorcycle rally in Sturgis, South Dakota, are a reminder of the danger of people not taking such precautions: At least 260 Covid-19 cases are associated with people who were there.

The annual rally usually attracts about half a million people, and this year brought 460,000 attendee vehicles, according to the state’s department of transportation. Masks were not required, and many didn’t wear them or keep their distance from others, even at mass events such as Smash Mouth concert.

The race for a vaccine: Balancing safety with speed

Two vaccines are now in Phase 3 trials in the US, and a vaccine probably won’t be publicly available until at least early 2021, health officials have said.

But the Food and Drug Administration could consider authorization for a Covid-19 vaccine before Phase 3 trials are over, FDA Commissioner Dr. Stephen Hahn told the Financial Times. CNN has reached out to the FDA for comment.

Still, health officials face a steep challenge with public trust and getting enough people to get a vaccine to really drive down this pandemic.

A CNN poll this month indicated 40% of Americans wouldn’t get a Covid-19 vaccine, even if it’s free and easy to access.

Part of the problem is public skepticism of the FDA after the agency’s premature authorization of hydroxychloroquine and convalescent plasma therapy, said Dr. Rochelle Walensky, chief of infectious diseases at Massachusetts General Hospital.

Both hydroxychloroquine and convalescent plasma therapy have been touted by President Donald Trump, who appointed the FDA commissioner.

“The problem is both with hydroxychloroquine and with the convalescent plasma, we saw a real politicization of that scientific debate in a way that I think has all of us concerned,” Jha said.

“So what I’d like is for the science to drive this decision, for it to be very transparent, and for political leaders to not get involved in deciding when a medicine or a vaccine is safe or not.”

To increase public trust, several prominent physicians and experts have called for the creation of an independent commission separate from the FDA to review the data from Covid-19 vaccine trials.

“I’m hearing this from my peers, from doctors and nurses. They’re not anti-vaxxers. They’re pro vaccine. They vaccinated their own children. But they are skeptical about this vaccine,” said Dr. Kathryn Stephenson, director of the clinical trials unit at the Center for Virology and Vaccine Research at Beth Israel Deaconess Medical Center.

But Paul Mango, deputy chief of staff for policy at the US Department of Health Human Services, said any eventual approval of a Covid-19 vaccine would be the same as for any vaccine.

“There is a thing called a Data Safety Monitoring Board, an independent body that is assigned to each clinical trial,” Mango said.

“We have no insight into the data until the DSMB says we can look at it. They can come back and say, ‘This is not a good vaccine.’ They could come back before we even have 30,000 folks enrolled and say ‘We have enough. This looks great.'”

World Health Organization officials on Monday cautioned that emergency use authorization of vaccines should not be taken lightly by regulators like the FDA.

“The emergency use authorization or licensing is something that has to be done with a great deal of seriousness and reflection. It’s not something that you do very lightly,” WHO chief scientist Dr. Soumya Swaminathan said during a news briefing. 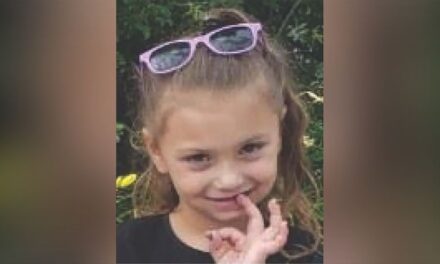 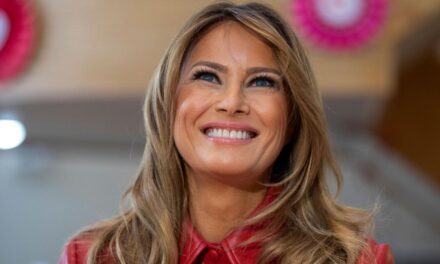 Melania Trump steps back into the public eye